That is one handsome room of chaps, I will admit.
B

Social Media Team
I’d defo make some music with that lot. Blow on their trombones.

IMA Score have posted this...

So looks to be a retheme for the rapids, which will be called 'Excalibur - Secrets of the Dark Forest'


Bit disappointing that they've decided to retheme rather than just revamp the current theme - loved that so much! Also interesting that they've gone for a Merlin / King Arthur theme, when Toverland are doing the same..

https://www.facebook.com/video.php?v=165492570755745
Didn't expect that.
Movie Park Infos got to film the old Mystery River just before work started. The ride won't be done for the start of the season; they are hoping to finish it for the end of April.
They said they chose the new theme as it fits in quite well with what they already have. So it will be interesting to see just how much will the theming actually change.

Faaaaaab news - my second favourite rapids after River Quest! I approve very much of the style of the new theming, more an up-theme than a re-theme! might have to slither along this year!

Wonder if the Mystery River Fanclub will now have to change their name?

You get a voucher for a 20 EUR ticket, yeah boiiiiiiiiii.
I wrote a proper response at the end and said that their water park needs to introduce slide types not seen in Germany.
I find the lack of innovation at indoor water parks (And European Water parks generally) frustrating.
It basically only seems like Siam Park are the ones putting in the latest and greatest proslides.
Everyone else just builds basic stuff.

Like at that giant tropical islands place in the giant hangar, they could have built anything they wanted, but they chose to build this I did mystery river last year on the live and loved it's quirky retro charm but I do really like this new theme idea. It's like they wanted to pay homage to the old and stay in the same sort of fantasy sphere, but with updated tech and models etc.

The fact that they want to invest in it and clearly value the ride (or the demolition/new hardware cost is too high haha) is refreshing and makes a change considering many thought the ride might get axed in the near future.

(I feel like this refurb/"up-theme" might be the nail in the coffin for Bermuda though, which is a shame. It was probably one or the other.)

Some more concept art and an interview from https://www.parkerlebnis.de/movie-park-2018-mystery-river-umbau-excalibur-neuheit_55825.html

"The Ride is one of the oldest and most popular in our park," says Managing Director Thorsten Backhaus. "Now we want to do justice to this veteran of park history and give it a worthy and fresh upgrade," including a new name: "Excalibur - Secrets of the Dark Forest."

The guests are sent by the wizard Merlin on the risky search for the legendary sword Excalibur. The sword has stolen from the round table and needs to be returned to its owner, King Arthur, as soon as possible. Only through numerous dangerous maneuvers the journey takes you through enchanted forests and dark caves. "Every section of the ride gets a new focus, but the ride's characteristics remain, of course," explains the CEO.

The renewal of the rapids ride is another step in the quality management of the park. After the construction of the largest roller coaster in the park history "Star Trek ™: Operation Enterprise" in 2017, the amusement park will now reflect on this classic this year. "Gradually, we are also dedicated to older rides, especially those that are particularly popular with our visitors," says Thorsten Backhaus. The ride was one of the largest and most elaborate facilities of its kind in Europe, so a complete new construction for the park was never in question. "The Ride is still a much sought-after main attraction of the park after 20 years and even has its own fan club," he adds with a wink.

Renowned companies from the industry are involved in the transformation: IMAscore and IMAmedia "conjure up" the music and the media content, Leisure Expert Group NL provided the creative concept and the Danish company Tema Design by MK Illumination is responsible for the thematic transformation.

"Excalibur - Secrets of the Dark Forest" looks back on a colorful history. "The ride was opened together with the park in 1996," Thorsten Backhaus gives an insight. "Some guests will surely remember that it was originally themed for the film 'The Neverending Story'. However, with the withdrawal of Warner as licensor, we were forced in 2005 to create a new story at short notice. The Mystery River was then the realm of dwarves, trolls and witches. "

After twelve years now, the next step, which leads back a bit to the roots. "The theme of film and television determines everything we do in the park. In the past few years, we've brought the Teenage Mutant Ninja Turtles, Star Trek ™ and The Walking Dead® to the park, among other things. "Now comes Excalibur, another story in the park that's been used countless times as a template for spectacular and exciting movie adaptations served. "For several years, we have been thinking about which topic suits us. Already in the summer of 2017 we decided and hoped to reach and inspire all generations with this classic. " 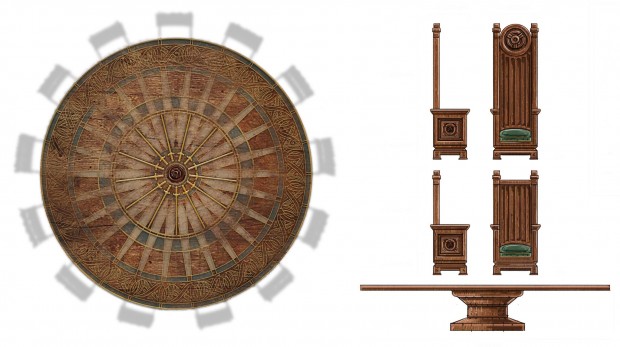 Your journey will start with you being invited to the round table. 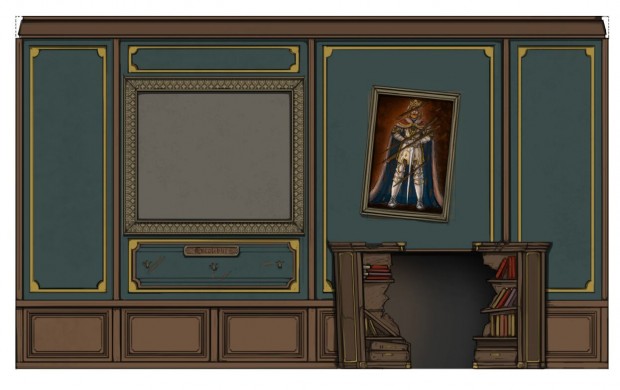 Concept art for the waiting area. On the left you can see the TV still in place from the old Neverending story preshow, at the moment this room looks like a giant library. Interesting that they are keeping the TV wonder if the new experience have a preshow? 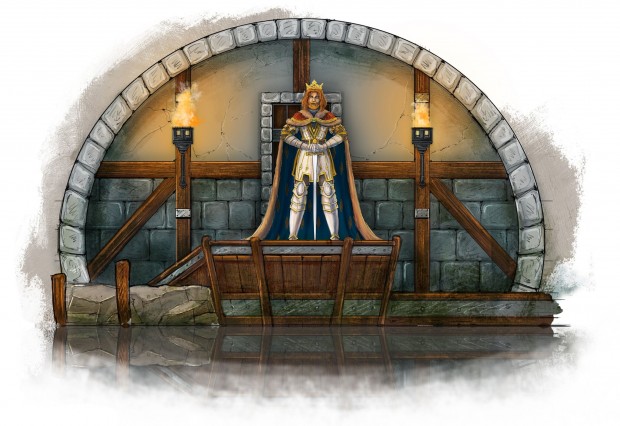 During the ride you will get to meet King Arthur himself.
P

I'm actually very excited to see what they do and how much will change. Will be pretty neat if they're bringing back a pre-show.

Blooloop have an article about the retheme. The article mentions that 12 new scenes will be created.

Some new artworks. The first showing that the boats will be getting themed as well. 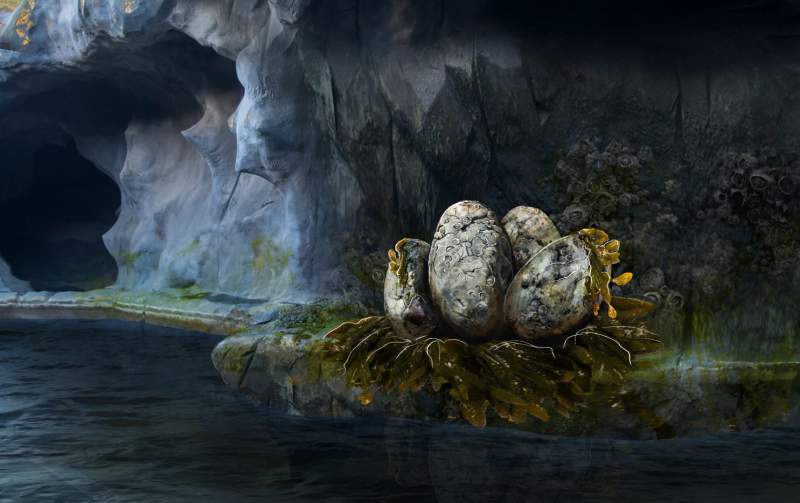 But will the final result look like that or a cheap imitation of it? I'm placing my bets on the latter.

Really excited for the future of this park. I love that they're taking the time and budget to restore such a beloved attraction in what seems to be yet another in a series of high quality investments.

Would be interested to see if they do something similar with the old Ice Age ride? Seems a shame to let such a huge ride and show building go to waste!

^ Is Ice Age SBNO then? I’ve not been for a few years, but was gobsmacked by the sheer scale of the ride system in there!

^ Yeah Ice Age closed at the end of 2016. The park have said it won't be demolished and they intend to reuse the building for a new attraction in the future. It is rumoured/assumed to be a retheme using the same ride system. Although a few boots from Ice Age have actually been modified to run on Bermuda Triangle as most of its original boots are beyond repair. But if Bermuda is really being removed soon I imagine the boots can be reused again for the rethemed Ice Age.
It had been assumed that Ice Age's replacement would be for 2019, but considering how surprisingly substantial this Mystery River retheme turned out to be I wouldn't be surprised if Ice Age ended up being a 2020 project instead.

As someone who's still a bit sceptical about the Mystery River retheme, I must admit I'm very happy by the quality of what they're planning to do. Let's hope it does translate into real life!

Haha. The Mystery River Fan Club, with help from the park, has put together this brilliant farewell video.

The park also let the club take the entrance sign home with them.

That is so fab!

It's great to see a park working closely with enthusiasts - and also pragmatic enthusiasts ( who don't set up partitions to 'bring it back') - and I feel the new theme is still in line with the original - and not a TOT to GOTG type retime!

It's also awesome that a rapids ride has its own dedicated (and pretty serious/well organised) enthusiasts - thats just fab!