Milestone Coasters in Your Count

I found a cred that I had actually ridden a long, long time ago at an Arkansas fair, so these aren't incredibly accurate actually. In fact, up until about 50, I don't really know when I rode any of these coasters. Still, I'm going to keep my milestones the same cause, I mean, it's not really that big of a deal. Plus, I really don't want to track down every cred I've ever ridden and try to get them in chronological order. Oh ya, also, I consider 250 a milestone, but I wouldn't say any other 50s except maybe 750 should count. 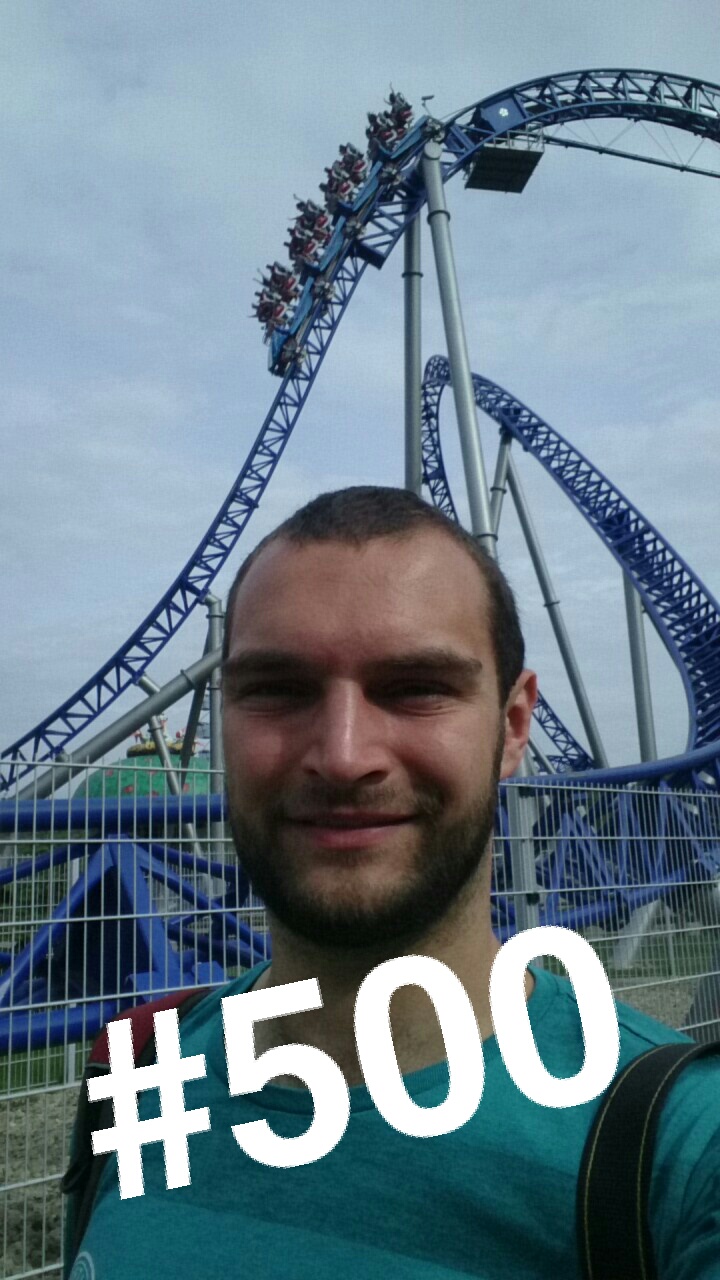 My 250th could have been something really cool, or something specifiacally tiny and lame, but I wasn't payng attention and it ended up being Bobbejaanland's Wild Mouse. At least 300 was Silver Star.

800 Magnum at Cedar Point.
Sadly I couldn't keep up with 'every milestone in a different country' but who cares...800 whooo! So fab to have it on the first hyper at such a bucket list park 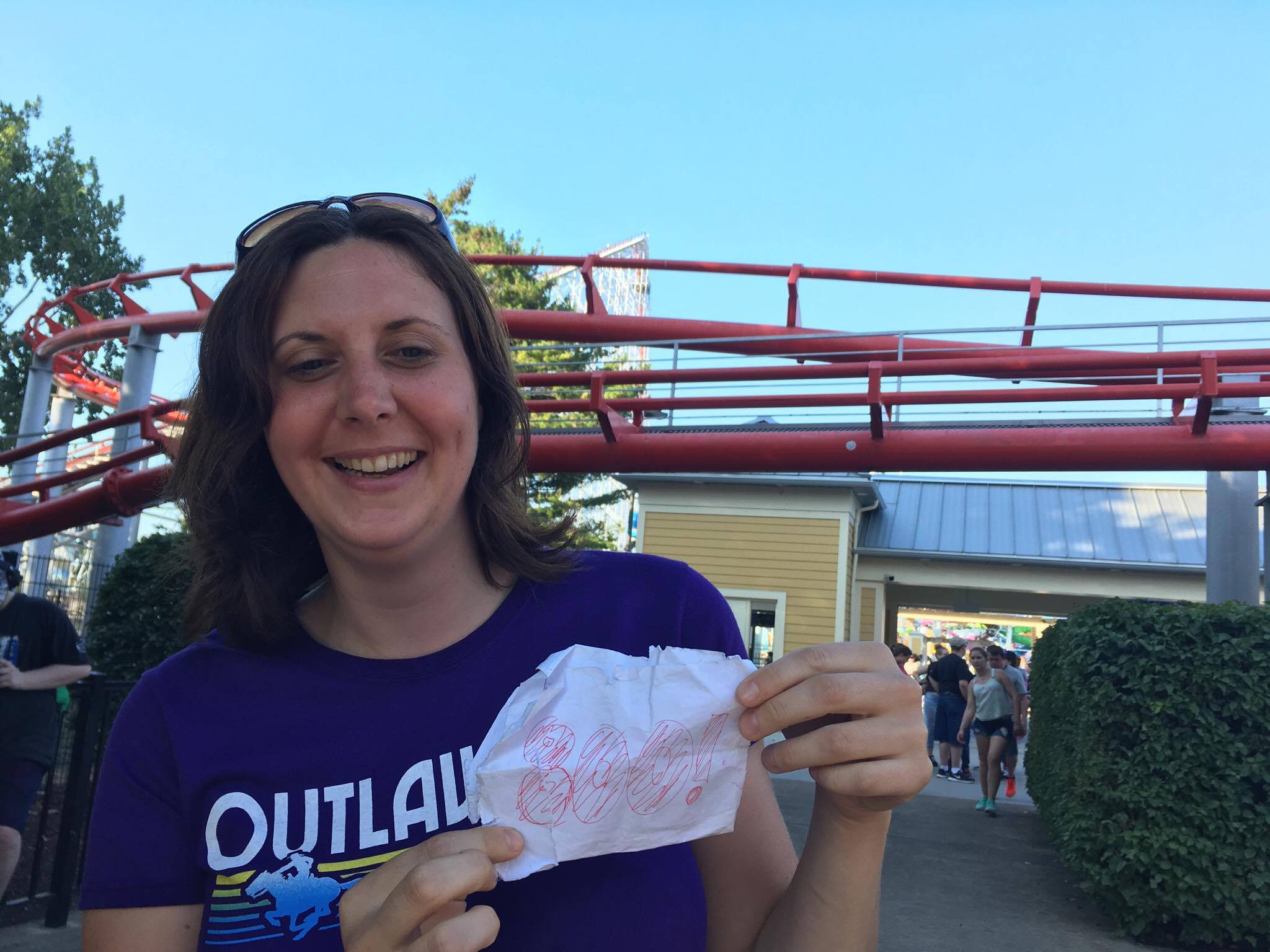 Sporting my first ever goon T-shirt. Outlaw Run was THAT good ;p (Plus I thought it wasn't a very obvious goon shirt)

Just got home from Paris 12 hours ago. Got my 900th coaster, milestone?

I still have no idea what my first coaster was.... And I was already well over 100 when I first started 'counting' back in 2003.

Howie said:
Just worked this out - my 250th was Bandit!

I think everyone needs one **** coaster that accidentally ends up being one of your milestones.

^To be fair, it's probably one of the funniest coasters I've ever ridden, the comedy value is off the scale! The whole group was in fits of laughter as it slammed into the brake run.
Last edited: Oct 16, 2017

I recently got my 200th which was Taron at Phantasialand (I purposely wanted it to be something fab and it didn't disappoint!)

Howie said:
Just worked this out - my 250th was Bandit!

To make you feel better, 250 isn't a true milestone. Mine was an SLC in Australia (which was surprisingly better than the norm, but still an SLC).

Not only is it my new number 1 but I also got to share the experience front row with IFC!

Jumping back in time...

Looking forward to 400 next summer, whatever it ends up being.

That said, I do have a chart in my spreadsheet for my total and new coasters per year, which sort of shows how I tend to have "big year, small year, medium year". 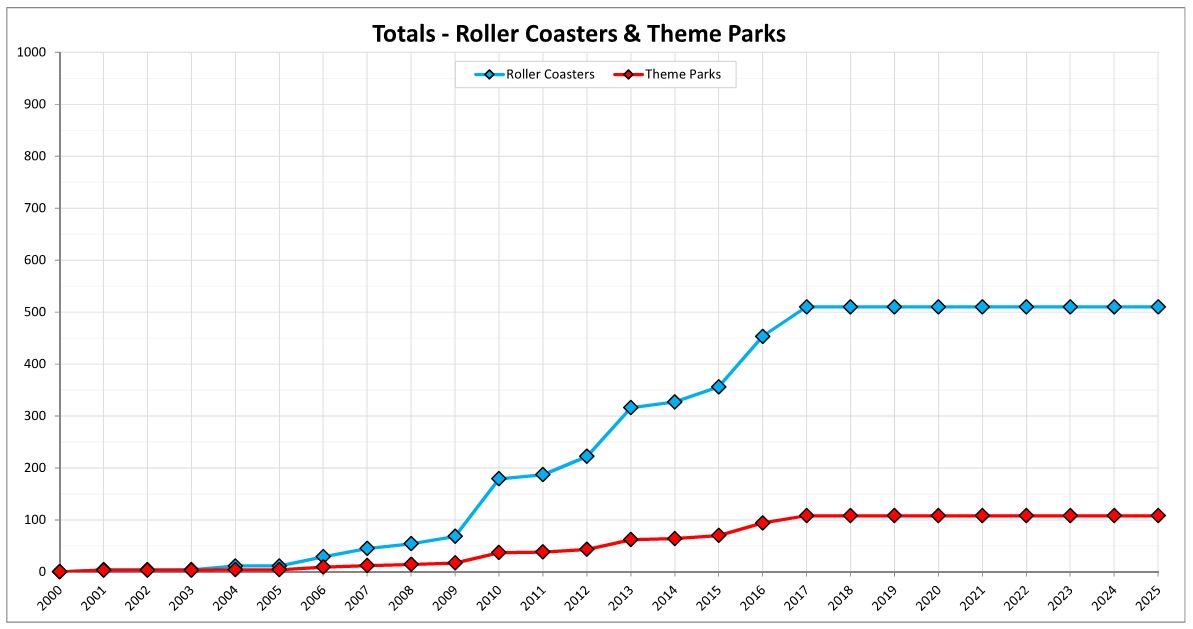 I like this idea.
What I don't like is that despite my best efforts, this year has fallen short of being my all time most credtastic.

HeartlineCoaster said:
Are you retiring until 2025?
Click to expand...

Yeah, I've had enough by now.

Removing the future years has been on my to-do list for a while actually, but something that I just haven't made time for yet!