^ Good to hear. I’ve never been to Legoland and was flirting with going tomorrow. Buuuut dat ride line up :|

I went to Legoland Friday evening for an Annual Passholder event (was very quiet, but largely because of the downpour of rain all day).

Flight of the Sky Lion was my first flying theatre and it was pretty decent. A very fast paced experience for the film. At times it would have been nice to just take things in a bit more a 'fly' around (which I hear other such rides do a bit more?). I sometimes struggle with a bit of a motion sickness of some motion simulators, but this was fine, though I felt a bit queazy about 3/4 of the way through.

My biggest pet peeve is the fact you can see the edge of the screen and the roof as a result. It's particularly jarring given the screen extends to the floor, so looking down to fine, but looking towards to top is a bit awkward. Not sure if this is a common problem with flying theatres though..? The queue line, as already pointed out, is pretty dreadful. I hate to think what it's like on a hot day..

The Mythica land is solid as well. Well presented and nice theming, plus bringing attention to a previously quieter part of the park. Definitely think it's much better than the originally planned Lego Movie World would have been too.

All in all, an impressive addition to the park.

Rode yesterday and really enjoyed it - I wasn't blown away first ride but it grew on me over 3 rides during the day!

I agree about the top of the screen being visible even on the bottom row - It really would have been worth making the building a few meters taller to have the screen curve back - but ho-hum!

the music and sensory effects (smell and mist) were wonderful - the visual world of mythical was visually bold and exotic - and the motion was nicely more dynamic then the usually flying theatre - I especially liked an effect which simulated doing a heartline roll!

An older kid sat near me summed it up nicely afterwards with the phrase 'whoa - that was trippy'........yes....yes it was (in a magically palatable way).

Also I think the alien fantasy world of Mythica is imaginatively and atmospherically compelling, with a solid 'theme' - And so glad they went fo this and not 'Lego movie world' - more fantasy is needed in this world!
Last edited: Jul 20, 2021

I experienced Mythica & Flight of the Sky Lion for myself today, and I’ve got to say, I was very impressed!
Warning: This review will contain some spoilers in places.
The Area
Mythica itself as an area is pretty well-themed, in my opinion, with some really nice detailing in places! As well as Flight of the Sky Lion, there’s also two Zierer Family Freefall Towers called Fire & Ice Freefall, as well as a rethemed water ride named Hydra’s Challenge and a play area, as well as some building areas. The support rides seemed pretty popular, with some large queues, and I’ve got to say that they had some quite nice theming applied to them! In terms of the wider area, a lot of the buildings have a very nice rock texture to them, and I like all the little blue lines carving themselves along through the paths! As well as that, there’s some very impressive Lego models within the area; some particularly impressive ones include the lion on the front of Flight of the Sky Lion and the big unicorn. On the whole, I think the area has been done very well; great work, Legoland!
The Ride
The main ride in the area is Flight of the Sky Lion, the UK’s first flying theatre. Let’s start with the queue line; one thing I will say is that the queue line is a bit bland in comparison to some of Legoland’s others, in my opinion. The undercover element is admittedly useful for days where the weather’s not too good, but you’re quite caged in, and it mostly comprises of blue steel fences; it’s not the most interesting queue in the world, although I guess there is a glass cabinet with models inside it, as well as some Lego building opportunities. There’s also a screen telling a bit of the story, and in fairness, I’m not really sure how much more they could have done with the theme they chose. One thing I will say, though, is that it’s a reasonably high capacity ride; it takes 70 guests at a time, and while I couldn’t time an exact throughput figure, the line certainly seemed to move quickly in comparison to some of Legoland’s others. Great job on the throughputs, Legoland!

Things get more interesting once you get inside the building, however; when you’re admitted to the building, you go up a set of stairs and are batched onto numbers that dictate your seat on the actual ride. While you’re stood in this area, a pre-ride briefing plays that basically explains the story of the ride and introduces guests to some of the characters you encounter during the ride, as well as communicating safety information. I thought this was really good; it communicates the story very well, and is quite amusing in portions!

In terms of the ride itself; I was very impressed! The movements were smooth, yet convincing, and surprisingly intense in areas, and the ride uses smells very well, in my opinion! I’ll put a few more specific details & points within a spoiler tag:
Overall, I think Legoland have done a smashing job on Mythica & Flight of the Sky Lion, and I really hope the investment is successful for them! They certainly deserve success, as Sky Lion is an excellent dark ride that I thoroughly enjoyed; controversially, I’d say that it and the excellent Ninjago elsewhere in the park are possibly two of my very favourite UK dark rides! The area itself is also really nice, and I like how original the theme is; as much as I did like the Lego Movies, I like the originality behind Mythica, and I think it works well as a concept! To conclude, here are a few photos I took: 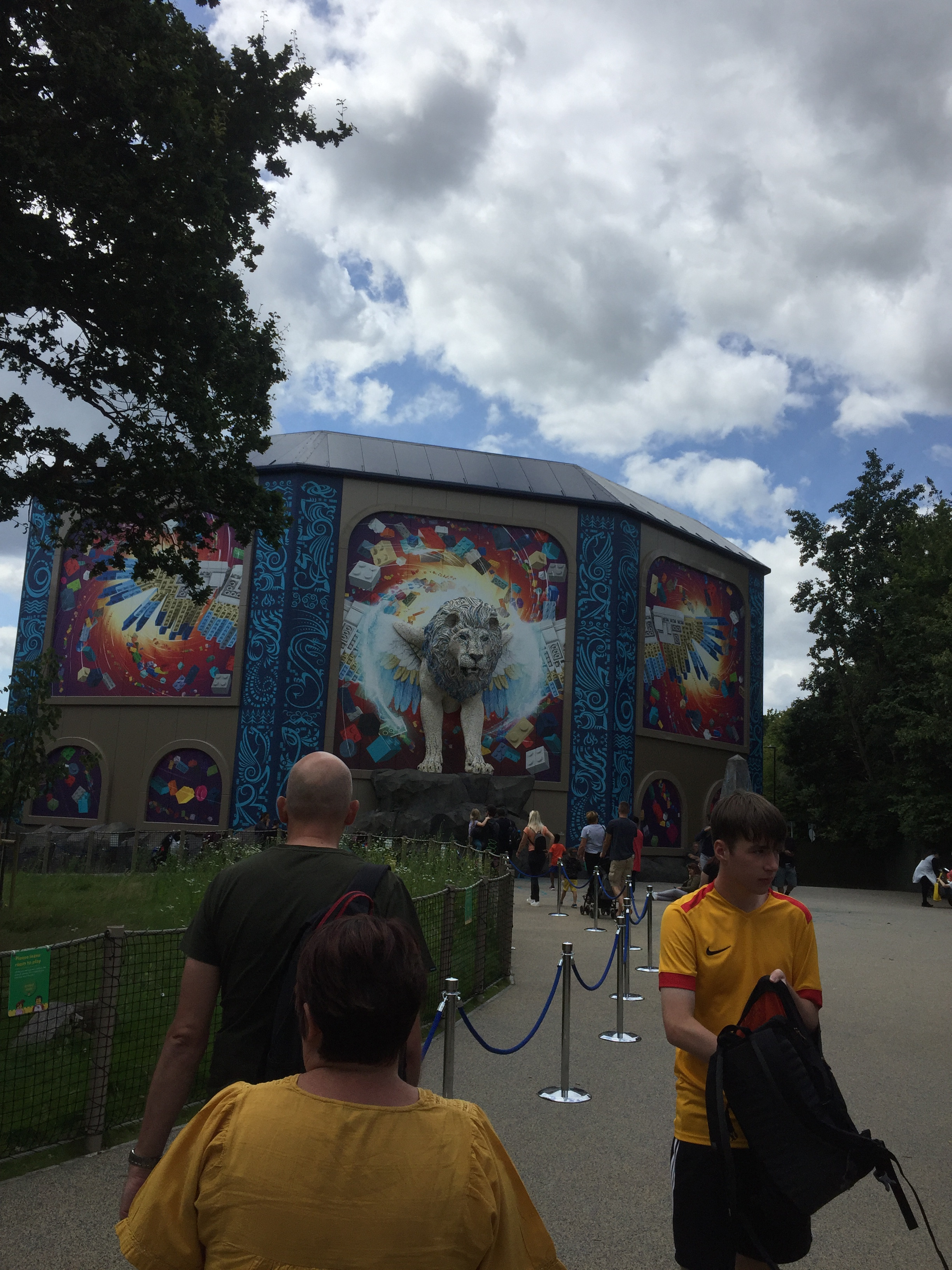 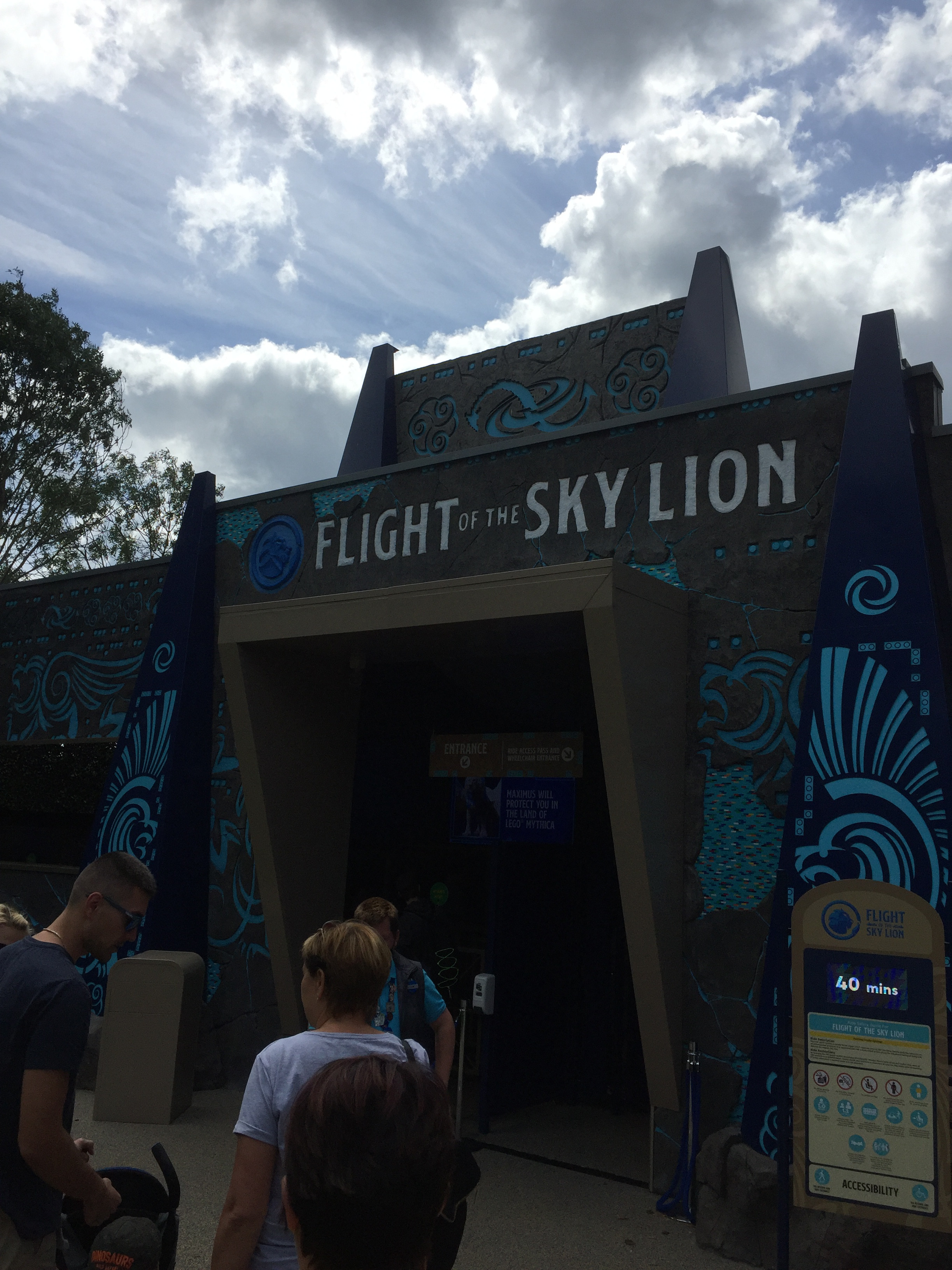 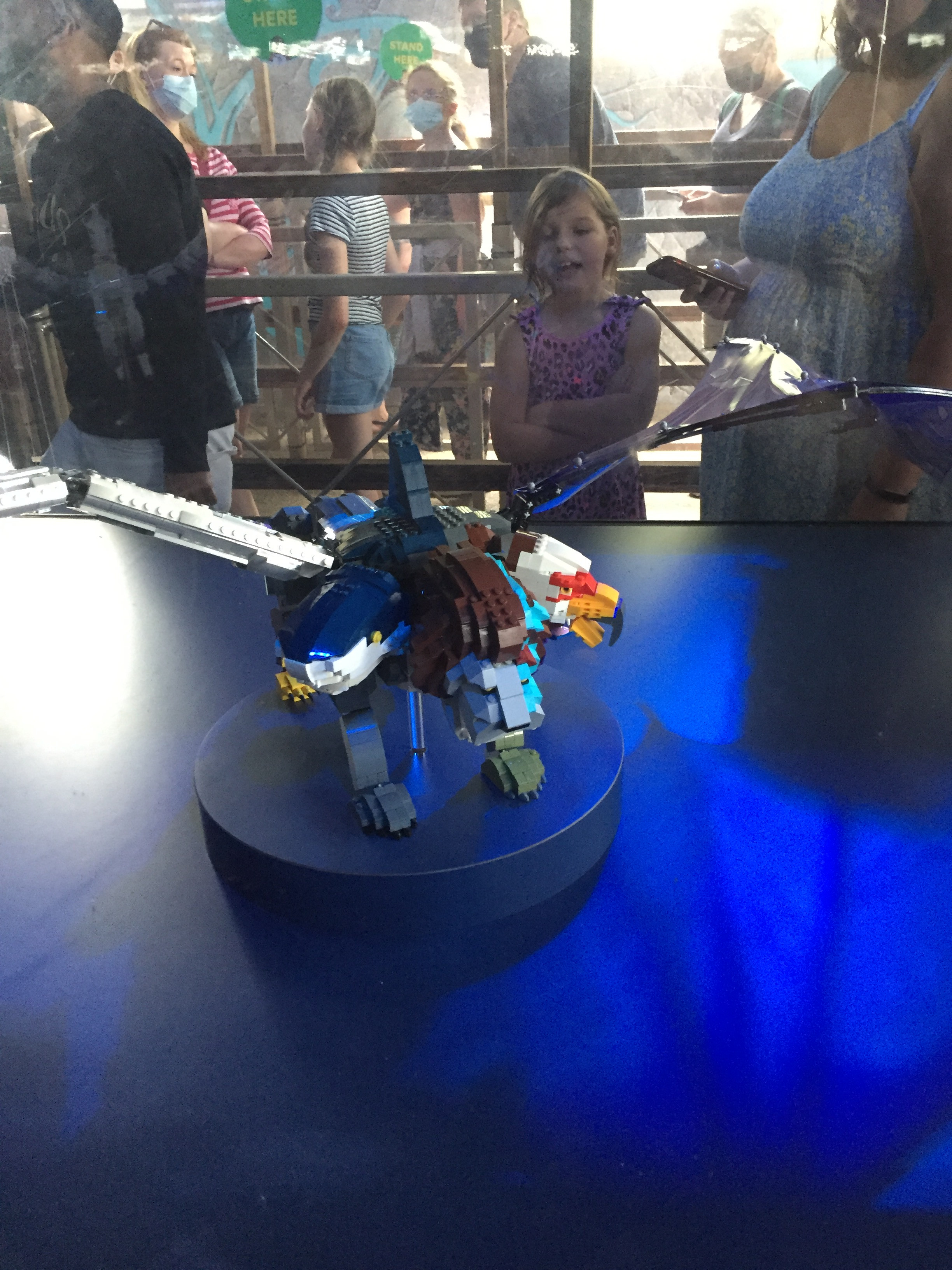 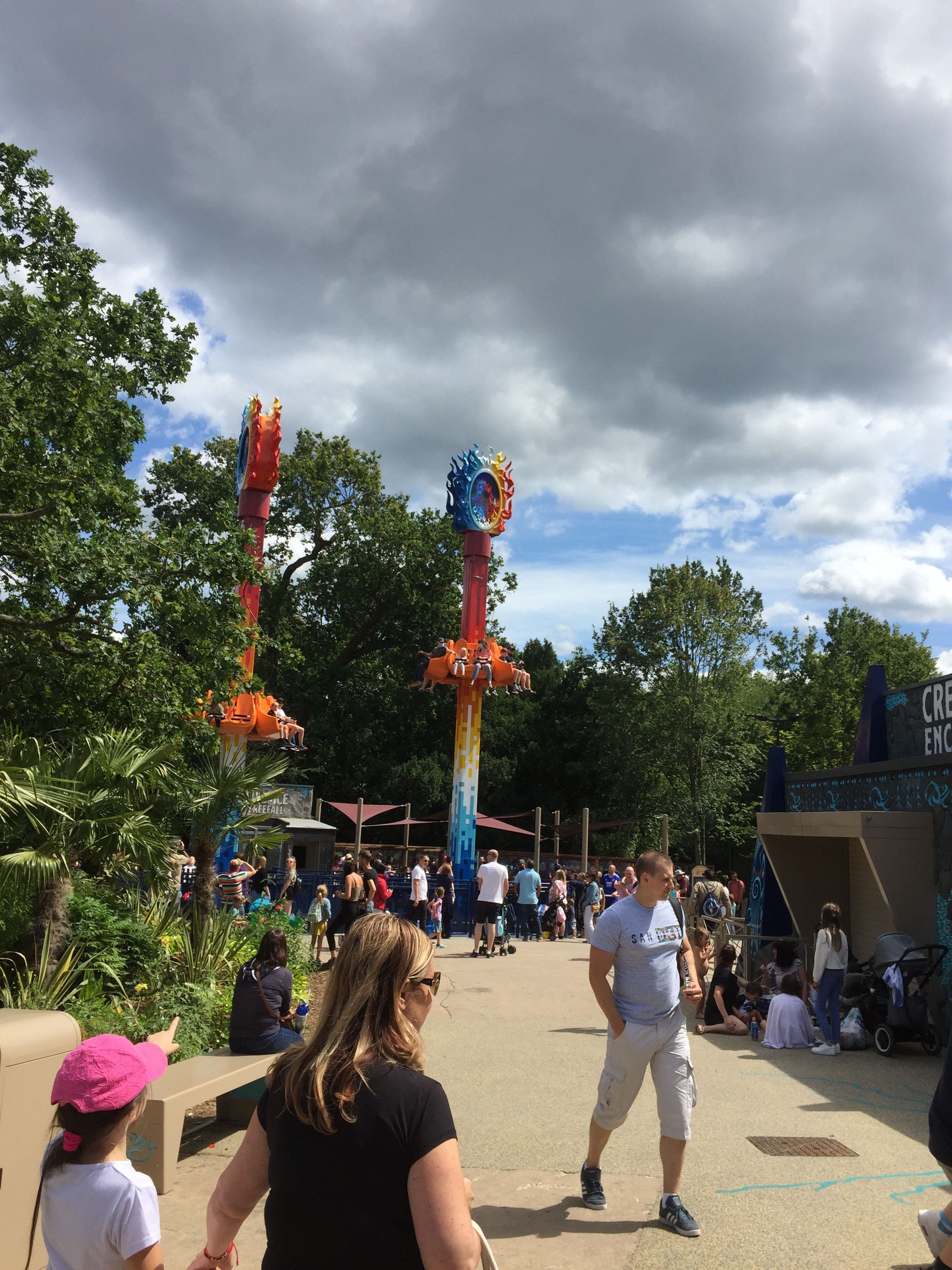 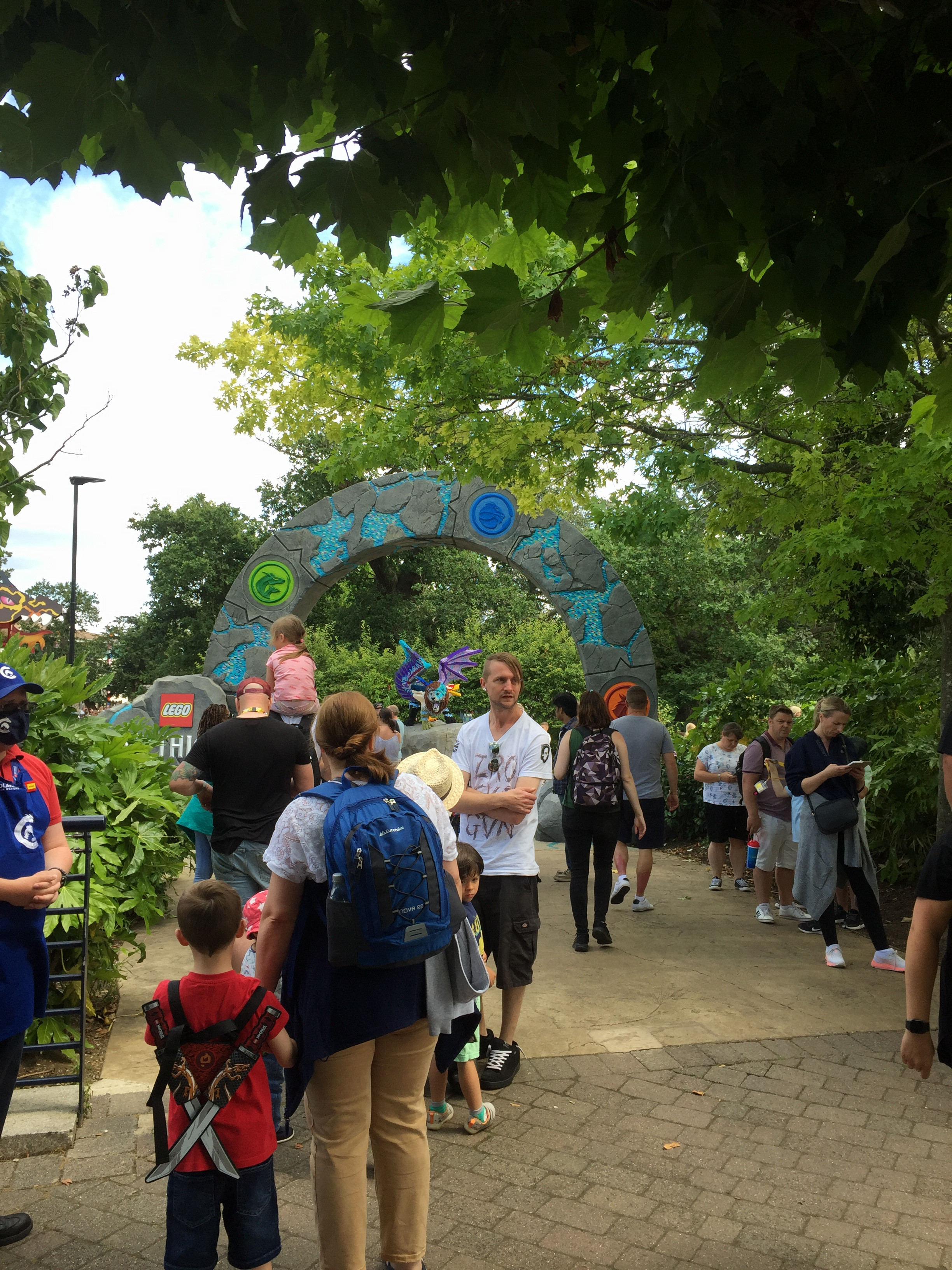 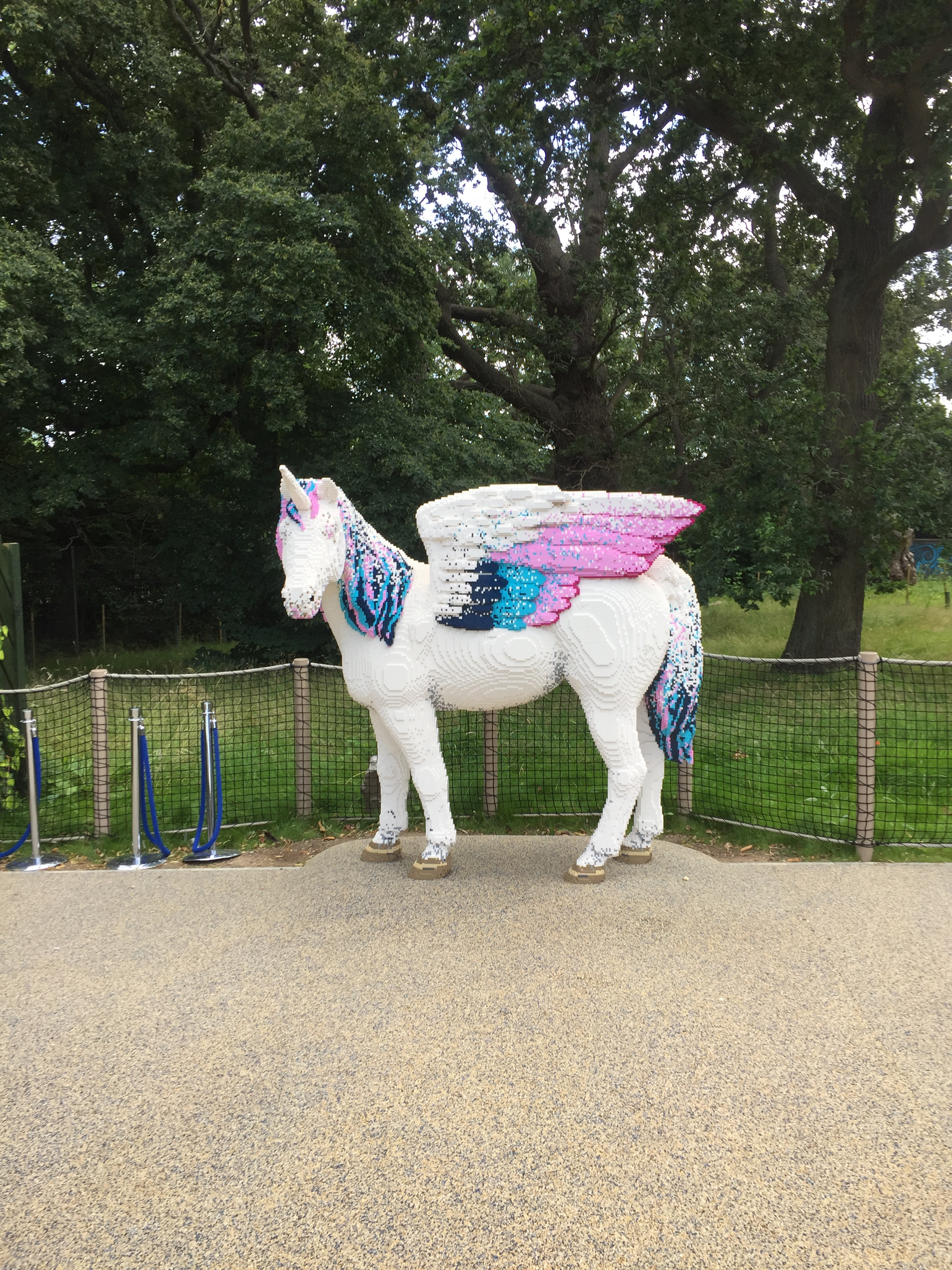 So overall, I think Mythica is an excellent addition that’s definitely worth checking out if you haven’t seen it, especially if you’re a dark ride fan!


In terms of the rest of the park; it was my first visit since 2017, and my first time riding all the rides bar Dragon, and I’ll admit I thoroughly enjoyed myself! I have written a longer trip report in the Trip Reports section, if you want a more detailed account of our day, but some quick points of interest I’ll mention include: