It looks like the recent planning application for the redevelopment of Adventure Land has been approved. The new Lego Movie area is set to include the UK's first flying theatre, two family drop towers, a new children's play area and the re-theme of squid surfers.

Although it won't come close to some of the other flying theatres in the world its always nice to see a new dark ride being built in the UK.

Work walls have gone up and construction is underway. From Mia's Riding Adventure you can see they're alredy preparing the land and laying new pipes. Looking forward to watching this project come together!

*BUMP*
It appears that Lego Movie World is no more.

Plans have been submitted that basically has all the same features, but a different theme. They don't mention the theme, but its certainly not the colourful Lego Movie World that was to be. Money money is on the new Lego Batman.

Interestingly, they still mention that they want to get it open by March 2021. 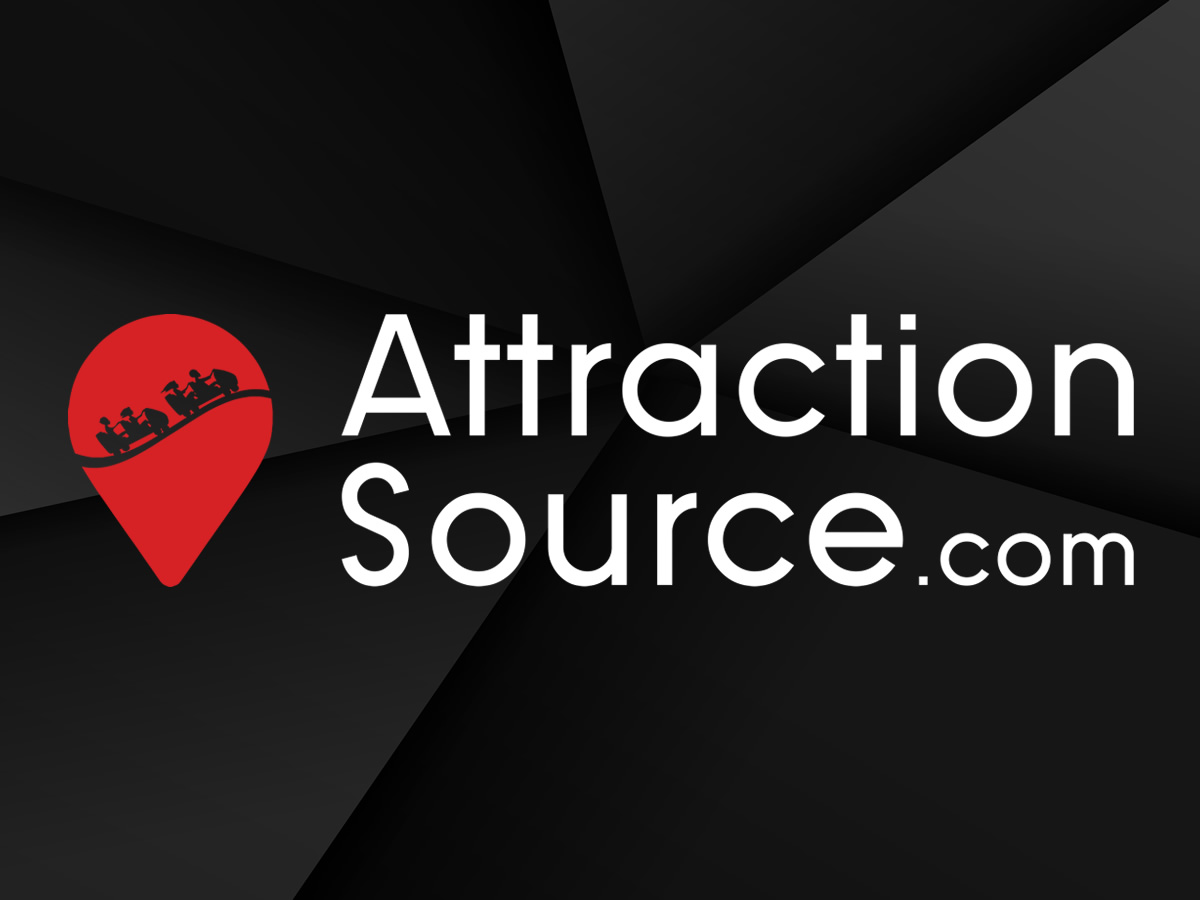 Thank you for visiting Attraction Source, one of the largest online communities for fans of theme parks and attractions in the UK and beyond. We aim to bring like-minded people together, whether that be via our website, forum, social media or in person at one of our unforgettable events. For...

Probably because the Lego Movies are being rebooted at a new studio so the elements they were putting in would be even less relevant when the area opens. The plans look to me to be more like Lego Hidden Side, but I guess we'll see.

Robbie said:
Probably because the Lego Movies are being rebooted at a new studio so the elements they were putting in would be even less relevant when the area opens. The plans look to me to be more like Lego Hidden Side, but I guess we'll see.
Click to expand...

I reckon Merlin didn't want to take the risk if the other movies are a flop. Lego has a huge amount of IP to play with, so better to switch it up before it's built rather than have experiences and attractions that are dated before they've even get off the ground.

I believe Lego wants to move away slightly from their own Lego IPs, to create more park-specific IPs / more accessible themes. A lot of that is following feedback from guests.

So I'd expect something a bit more generic, though still well themed. Sort of like a standard theme park land made of Lego, rather than Lego turned into a theme park.

According to Theme Park Guide, construction on whatever Legoland is opening next year has now begun: https://themeparkguide.co.uk/news-page/Project-Rex-Construction-Goes-Vertical

I’m wondering what it’ll be now that the Lego Movie tie-in has seemingly gone?

It will be LEGO MYTHICA: World of Mythical Creatures.

Staff member
Administrator
Moderator
Social Media Team
So is this a flying theatre, or... what?

This Blooloop article doesn't mention the type of attraction, but it will be a "UK first"...

"At the heart of Lego Mythica: World of Mythical Creatures will be epic rides, including a UK first, and breath-taking mythical creatures designed to capture children’s imaginations and inspire them to build and play."
A

They haven't said officially but I can not imagine it being anything else.

This land was originally planned to be a Lego Movie World, and the key attraction was going to basically be a carbon copy of the other Movie World flying theatre. There's been a change of plan since then with Legolands and their theming direction though, hence why they submitted plans to change the theme, etc.

Staff member
Administrator
Moderator
Social Media Team
Lets go out on a limb and say it is then. That's what the "Edit Thread" button is for, after all!

I sincerely hope the Flying Theatre is better than Florida's, because it's utterly gash.

I hope it's the Vekoma / Brogent theatre. Those things are wicked! <3

Legoland windsors Divisional Director Helen Bull has anounced that they're hoping to open the UKs first flying theatre on the 29th of May. Full artical by Theme Parks UK is linked below.

Rode it today, it's really good, queue line has some interesting touches but is a bit gross with Covid precaution screens throughout. Pre show is a bit lacking but the actual ride was brilliant. Definitely a must do even if its a 90 min queue all day

The new area looks brilliant and all the rides in the area tie in really well with the main ride, really busy area, load sof people milling around and everything was open!
Also got the duplo cred, which was awful

DelPiero said:
Also got the duplo cred, which was a +1

Fixed that for you.

Got a chance to get on it today, not my favourite flying theatre but it's not bad. It's got a fun film to go along with it but it doesn't have the same flying feeling that Soarin or Voletarium give you.

They've put some thought into the theming and the surrounding area, but the main attraction area is pretty basic. It's the same as haunted House monster party, miles of cattle pen queue lines that lead you into a themed tin shed and out of what feels like a fire exit.

I'm suprised there's no gift shop with Lego sets of the animals from the ride. Merlin love money and I feel they could make a fortune here.

Shout out to the awesome Lego Lion on the front of the shed.

I rode it on Sunday and was impressed. Thought it was a novel take on a flying theatre to have a fast paced CGI film rather than a gentle flight over pretty locations. I think because of that the motion doesn't feel as realistic as say Soarin' but it's fun to have bits in the film where you fly backwards, turn on a dime, etc. It's clear a lot of money was ploughed into the film, it's crisp and beautiful with tons of details I only noticed on my second go. I loved the end sequence where you escape a collapsing cave a la Forbidden Journey.

I liked the outside of the building and the stairs/pre show area look nice despite being all vinyls and no physical theming. Operations were pretty decent, I queued from exactly where the photo was taken in the post above and waited 50 mins, it was chugging along at a reasonable rate. I think what helps is the batching area is designed so only 2 of the 7 gondalas (bottom floor ones) feed into the fast track queue so at least 71% of each cycle will be the main queue. Every other major ride was closer to 50/50 allocation on Sunday which is appalling. The queue space itself is brutal, endless cattlepens in a muggy tin shed with no air con or fans. The taller transparent screens for Covid make it especially claustrophobic and it's one of those queues where you can't see the end so it's tricky to know how far through it you are.

Overall though it's a great bit of kit and gives the park another headline indoor ride. There's a quality to it that's missing at the rest of Legoland, it feels like you're at a proper theme park on the ride. 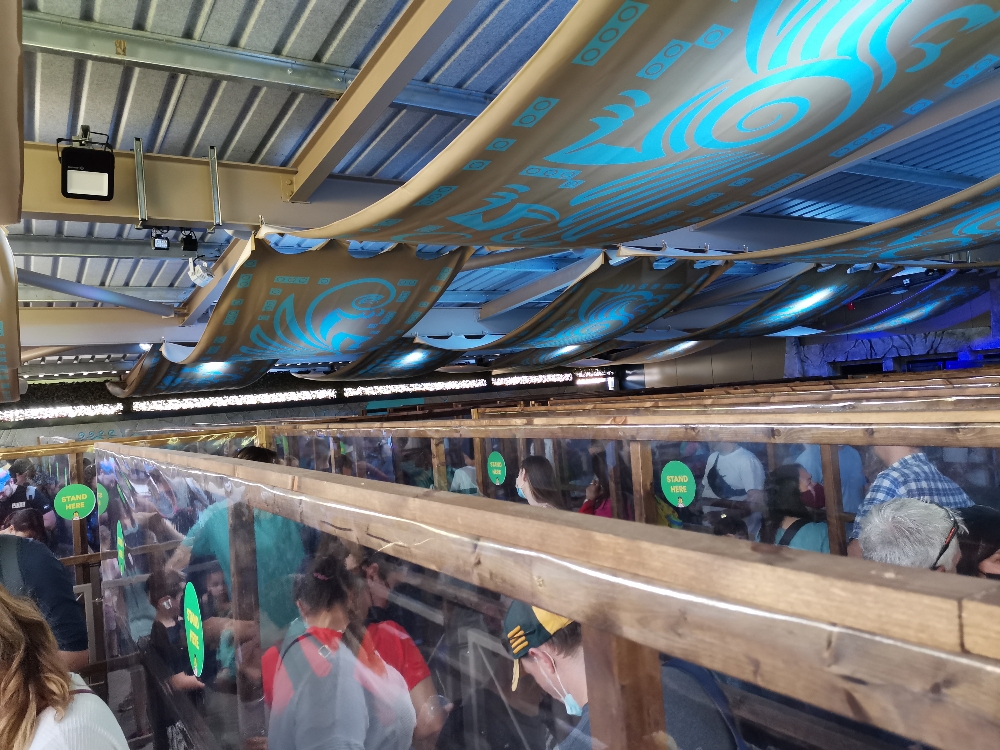 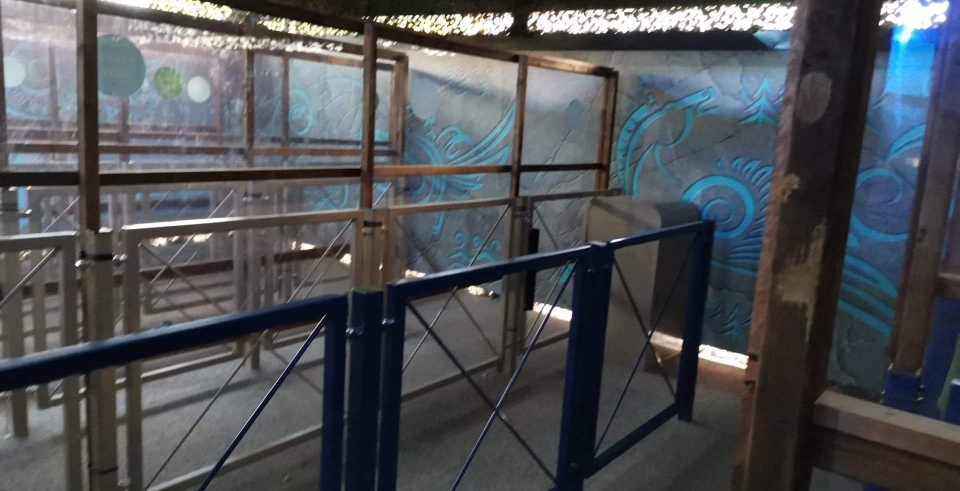