In addition to their under-construction Holiday Village and other rides, park director Dirk Schlecht has confirmed a new coaster for 2023, their first since Gerstlauer's Drachenjagd in 2003;

We are very pleased to be able to build the world's first roller coaster of this type in a Legoland park and thus to be able to fulfill the long-cherished wish of our guests for an expansion with a high level of action and energy.
Click to expand...

Note that the bolded statement above doesn't necessarily say a world-first roller coaster, but perhaps only rather one unique to a Legoland park. Nethertheless, this is worth keeping an eye on. The budget for this is listed at €15.5 million, which is a substantial amount to invest into any single coaster for a park like this. Construction is set to begin shortly.

Could this somehow be the debut of the S&S Axis? It was reported that the first had been sold at IAAPA to a European park for 2023, but there've been zero indicators of the culprit as of now. There are tons of possibilities as to what this could be, let the speculation begin.

The press release stated that the coaster can be ridden by Childs in primary school, so 6-8+ years old. Even though I would love to have an Axis at one of my current home parks, I think the minimum height could be a problem. More than 1,20 m seems unlikely and I would expect that the Axis has at least a height requirement of 1,30 m.

The price tag of 15,5 Millionen Euros also includes a new themed area as well as another (currently unknown) attraction, so not the whole budget can be spend on the coaster. Nevertheless, a substantial amount of money should be left for the coaster.

The title of the press release says "Kopfüber im Legoland Deutschland" which translates to "Upside-Down at Legoland Deutschland". So I definitely wouldn't rule out that the coaster might receive inversions. Even though the park does not offer (like all other Legoland Parks) a thrill coaster, it has 3 flat rides that invert.

Edit:
The press release is also available in English:

Given the recent concept images of Junior B&Ms at the Legoland parks in China, I guess there could be a chance we could see one of them here?Legoland Sichuan is the first, and set to open in 2023, but it's certainly plausible they could get this open before that park opens.

More loosely speaking, no Legoland park has a suspended coaster or a launch coaster, so both of those could be possibilities too. I know in the past Legolands have consider Vekoma motorbike style coasters in the past, so a version of that might not be out of the realm of possibility.
A good shout from @Alessio about it being a coaster with an inversion too.

A year ago I'd scoff at the suggestion of a Legoland getting the S&S Axis. But we're at a time where Merlin are putting a launched B&M in Chessington, so can't rule anything out.

JoshC. said:
no Legoland park has a suspended coaster or a launch coaster, so both of those could be possibilities too.
Click to expand...

Looking for statistics on the fastest, tallest or longest roller coasters? Find it all and much more with the interactive Roller Coaster Database.
rcdb.com

Peet said:
Not quite true:

Looking for statistics on the fastest, tallest or longest roller coasters? Find it all and much more with the interactive Roller Coaster Database.
rcdb.com
Click to expand...

Are there any backwards launches at the Legoland parks yet? My current thoughts could be something along the lines of Fridolin's Verruckter Zauberexpress. Could work great in a Legoland park

JoshC. said:
no Legoland park has a suspended coaster or a launch coaster
Click to expand...

Looking for statistics on the fastest, tallest or longest roller coasters? Find it all and much more with the interactive Roller Coaster Database.
rcdb.com

I reckon this will be a B&M Launched Family Wing Coaster.

Jared said:
I reckon this will be a B&M Launched Family Wing Coaster.
Click to expand...

I heard it was the fifth one of the three B&Ms package Merlin have.

According to the German newspaper "Augsburger Allgemeine" the coaster will go briefly upside-down and the riders will sit on the left and right side of the track with nothing above or beneath them.

I think the possibilities are high that Legoland Germany will receive a small B&M Wing Coaster similar to Chessington World of Adventures.

The article is behind a paywall. The infos are courtesy of the user "LukiLu" at Coasterfriends. 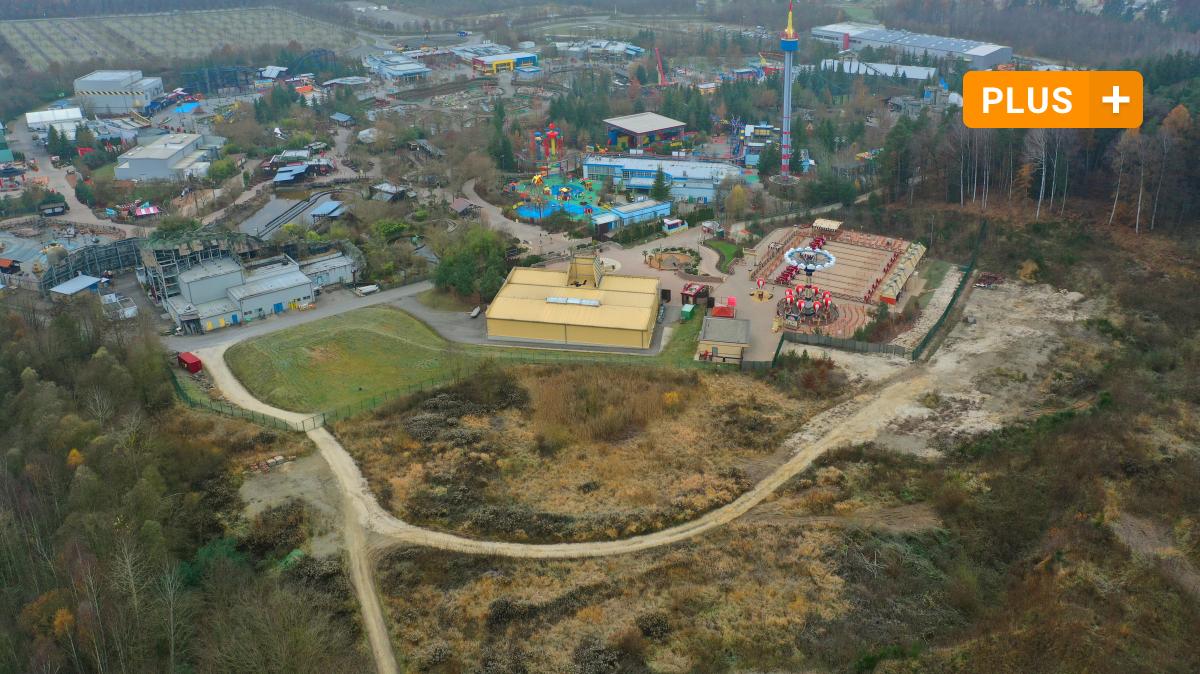 Construction is underway on the new coaster, some holes have been dug for the coaster's footers that seem to very much resemble a B&M. You can make out only the vaguest of the layout so far. Red represents a dirt retaining wall (digging a pit into the hillside) while orange and yellow show an apparent S-bend;

Photo, info, and edits courtesy of LukiLu and Mario on Coasterfriends.de

TPoseOnTantrum said:
while orange and yellow show an apparent S-bend;
Click to expand...

Plot twist: It's a corkscrew.

Cranedude said:
Plot twist: It's a corkscrew.
Click to expand...

You know what, that's possible, to