Staff member
Moderator
Social Media Team
Or, what if Apollo were a hyper, and Orion were a giga, as drop height is the actual determining factor to classification.

Hyde said:
Or, what if Apollo were a hyper, and Orion were a giga, as drop height is the actual determining factor to classification.

Height OR drop works, I think.

I must have forgotten to carry the 2 when converting metric to imperial.
U

emoo said:
An extra tall hyper is not poop, and while it doesn't appear to outdo its predecessors with slow footage and a mile high brake run, it'll be at least 'fine'. Thought this had been thoroughly covered.?‍

But BGT is allowed to and praised for settling with fine with Iron Gwazi because it’s an RMC.

Iron Gwazi will possibly end up being one of the world's best coasters, while there are some hypers from the same brand as Orion which are better than it.
K

bernatc22 said:
Iron Gwazi will possibly end up being one of the world's best coasters, while there are some hypers from the same brand as Orion which are better than it.
Click to expand...

You do realize the ditch you are digging yourself into is getting deeper after ever post? There is absolutely nothing original about Orion, and I have absolutely no doubt that Iron Gwazi will absolutely ****e on Orion in pretty much every way, since stats do not make a great ride.

KIFan said:
none of them feature the wave turn
Click to expand...

Youngster Joey said:
Correct. None of them including Orion, have a wave turn. The banking isn't shaped right to be a wave turn.
Click to expand...

Ok, a “wave” turn. There, is that better or are you going to scream about that, too?

I'd hate to ruin anyone's hopes for this ride—it still looks great imo—but that "wave turn", if I'm thinking about the same turn everyone else is thinking about, looks nothing like a wave turn like the ones on some RMCs. It appears that this banked turn is curving outwards, which doesn't seem like it'd give the airtime that one of RMC's wave turns. 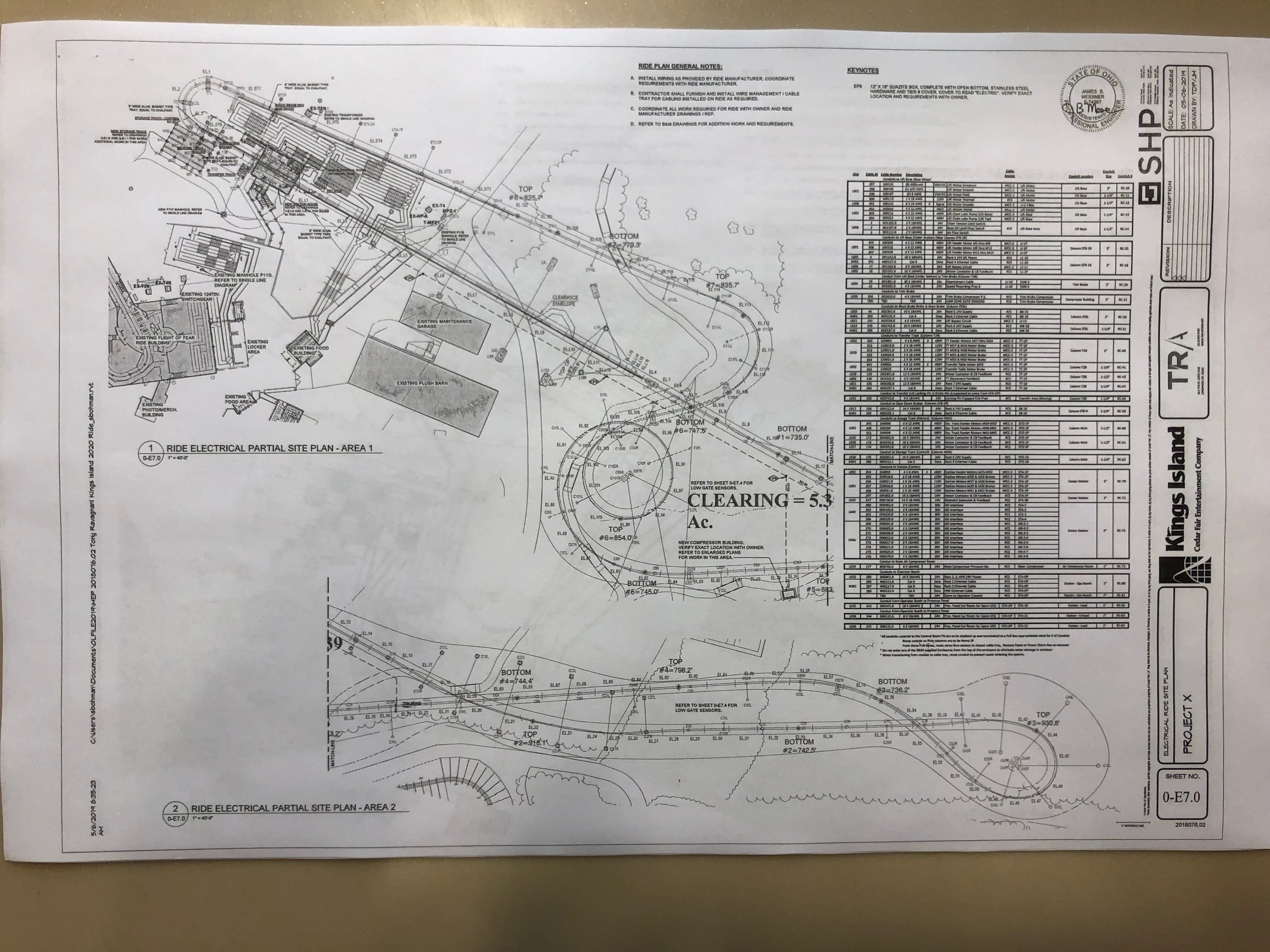 View attachment 7863
ESPECIALLY compared to Lightning Rod's, which curves inwards rather than outward. 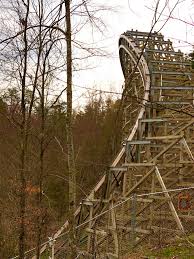 The thing to remember here is that this sort of thing is open to interpretation. Just because the majority of people are bitterly disappointed with Orion, it doesn't mean that everybody has to be; that's the wonder of personal opinion!

Admittedly, Orion might not be the tallest, fastest and longest giga coaster out there, and it doesn't inherently look like a boundary pusher in terms of its layout, but I don't think that that should mean people aren't allowed to be excited for it. Even though I don't necessarily think that Orion looks to have the most exciting or original layout of all the giga coasters out there, I still think that it looks like a pretty fantastic ride, and I can definitely understand why @KIFan is so excited for it; I'd be thrilled if a park near me was building Orion! Despite the potential flaws in the ride's layout, it is still a coaster with a 300ft drop and a 90mph top speed built by a reputable manufacturer; to me, that sounds pretty exciting! Of course, I'm not saying that Orion couldn't have been a bit bigger or had a slightly more original layout, and I'm not saying that people aren't allowed to dislike it, but I can definitely see why @KIFan is so excited for it, as I too think it looks to be a pretty great ride!

As for the comparison between Orion and Iron Gwazi; I won't lie, I am somewhat more excited for Iron Gwazi than I am Orion. That ride seems to get crazier every time a new construction update is released, and I can't wait to see the waves it will make in top 10s across the world! However, without necessarily criticising it (because I think the ride looks phenomenal regardless of layout), I can kind of see where @KIFan is coming from. I personally think that Iron Gwazi looks phenomenal, and definitely has the potential to be one of the most well-liked coasters in the world, but compared to something like Steel Vengeance, its layout doesn't really push the envelope that much. This isn't a bad thing, as I don't think it needs to; as I've said multiple times, it looks utterly fabulous! But the elements on the ride are mostly elements that have been seen on many RMCs across the world. In the case of both it and Orion, I wouldn't say that either layout is necessarily overtly groundbreaking for its respective ride type (although Iron Gwazi might perhaps be more groundbreaking in terms of stats than Orion), but to me, the saying "if it ain't broke, don't fix it" comes to mind.

So what I'm trying to say before I ramble on for too long is; I can understand people's disappointment, but I'd advise you not to put down people who are excited for Orion, because I believe that we should all be entitled to our own opinions on the ride. Surely the key thing about theme parks is the enjoyment you get from riding an attraction, and that is different for everybody; as the saying goes, one man's trash is another man's treasure! As for my opinion on Orion; I think it will be a really great ride, and a great fit for Kings Island!

What is wrong with you lot? seriously?

People are both allowed to be excited or disappointed about this coaster.
Other peoples opinions aren't wrong. They are opinions.

Healthy and constructive discussions about rides like this are great and what keep this/any community going. This for the last however many messages (bar the last couple) has not been a healthy discussion. Its been people telling other people their opinions are wrong.

Sort it out will you. And be nice to each other and not Trumps?

Now can we get back on topic without bitching/swearing at each other? Pretty please?
N

Orion may have some impressive stats, but Iron Gwazi wins when it comes to height, speed and track length. I do worry about the over the shoulder restraints though - might be unpleasant with the VR (especially on the outer wing seats).

Just gonna leave this here to end the discussion. 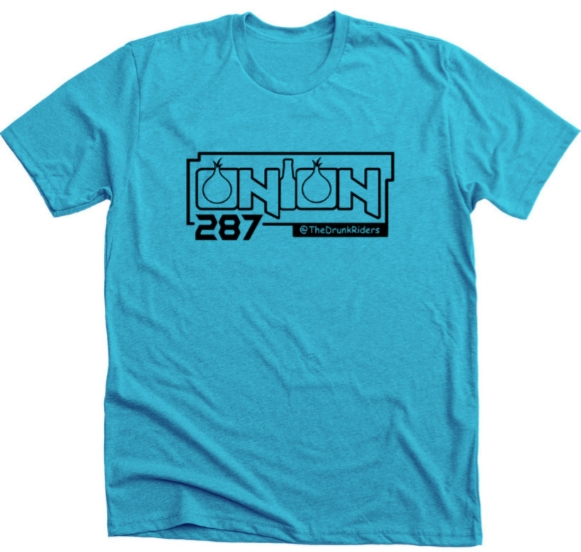 Is it nearly opening day on the 2020 season yet... Seems we’re all really struggling this closed season ???

“Give us this day our daily coasters! And forgive us our trespasses”
U

Nitefly said:
Orion may have some impressive stats, but Iron Gwazi wins when it comes to height, speed and track length. I do worry about the over the shoulder restraints though - might be unpleasant with the VR (especially on the outer wing seats).
Click to expand...

I'm confused; neither ride has OTSRs, VR or outer wing seats as far as I know...
C