roomraider said:
Did you just litterally copy a PM reply i sent you Verbaitim onto a forum post? Thats a bit off.
Click to expand...

Thanks for the update Roomie, sounds like Kanonen may just disappear off the face of the planet. I could see it just rusting away in a random shed somewhere, never to see the light of day again.

Yeah, I have a feeling that @Hixee might be right. I was hoping that we might see this and/or Zaturn get snatched up by Cedar Fair (since they apparently thrift shop certain rides now) and install them at one of their neglected parks as a cheap investment, or bought by a Mt Olympus or Wild Adventures type park. Maybe one day...but probably not.

Thanks for the update Roomie, sounds like Kanonen may just disappear off the face of the planet. I could see it just rusting away in a random shed somewhere, never to see the light of day again.
Click to expand...

Sorry. Won't do that again.

Cranedude said:
Sorry. Won't do that again.
Click to expand...

I don't believe for one minute that you're 17.

CrashCoaster said:
I don't believe for one minute that you're 17.
Click to expand...

Except I am. But I have done some mistakes that I regret doing. Like for example the whole "TRACK AAAA" thing. But I am 17, and I will try to improve.

Then surely you should no better? Not that I'm one to talk, I'll admit, but I'm only just 16 and I feel I am more sensible than you (probably not by much but still).

CrashCoaster said:
Then surely you should no better? Not that I'm one to talk, I'll admit, but I'm only just 16 and I feel I am more sensible than you (probably not by much but still).
Click to expand...

Well there's this
"He's my virtual brother. <3"
from the Descripe the Photo thread.

Quality of discussion has reached a new low

I agree. This went from Kanonen discussion to.............. i have no idea what it is now.
Either way, this thread just jumped the rails.

Back on track guys. Sounds like you're on to something - a little thought goes a long way.

CrashCoaster said:
I'm only just 16 and I feel I am more sensible than you (probably not by much but still).
Click to expand...

Sorry, just had to get that out whilst I had the chance.

On a more on-topic note, has anyone heard any more about whether Lost Island has done anything with Kanonen yet, like sold it?

Well the waterpark seems to want to start construction on a new theme park that would open in 2022. Wouldn't be surprised if Kanonen shows up there. 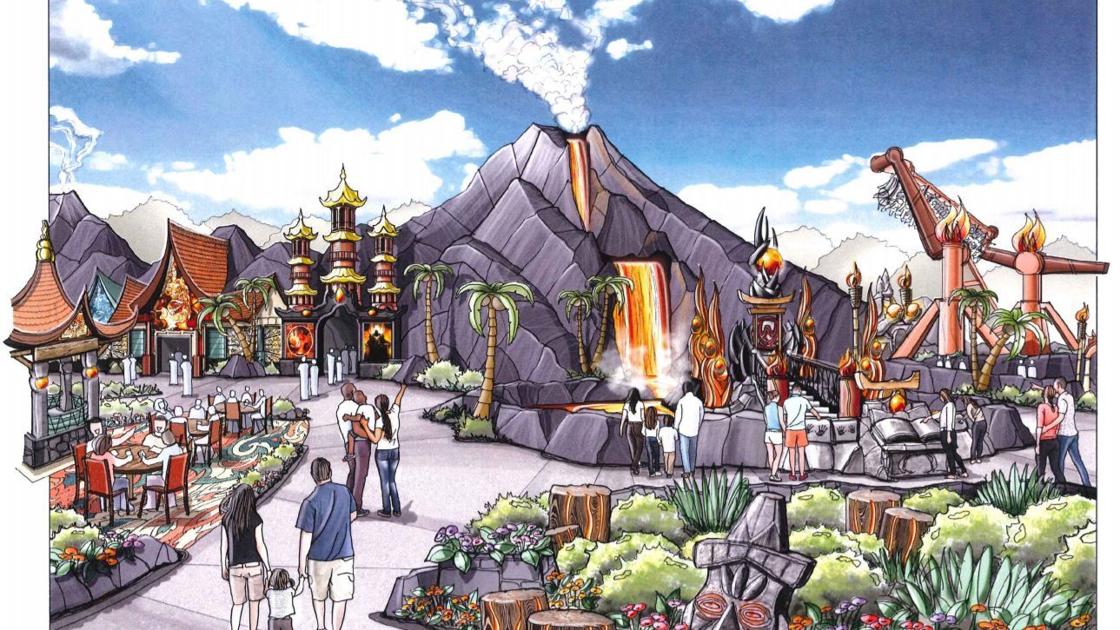 The proposed Lost Island Theme Park would include roller coasters and other thrill rides on nearly 200 acres near the Isle Casino Hotel Waterloo.

Pear said:
Well the waterpark seems to want to start construction on a new theme park that would open in 2022. Wouldn't be surprised if Kanonen shows up there.

The proposed Lost Island Theme Park would include roller coasters and other thrill rides on nearly 200 acres near the Isle Casino Hotel Waterloo.

I can't load this due to EU restrictions.

WATERLOO — Gary and Becky Bertch are planning to develop a major theme park south of their existing Lost Island Waterpark.

The proposed Lost Island Theme Park would include roller coasters and other thrill rides on nearly 200 acres of farmland across Shaulis Road from the water park and Isle Casino Hotel Waterloo.

Construction on the estimated $100 million project would begin next month, pending zoning and other approvals, with plans to open in the summer of 2022.


“The project will include a variety of rides and attractions designed to immerse guests in the stories of magical lands that can only be found at the Lost Island Theme Park,” Gary Bertch said. “This attraction is expected to enhance the Cedar Valley as a great place for family entertainment.”

The park would be divided into five different “lands” and would included a 30-acre lake.

“Some people might call it an amusement park, but this is a theme park,” Bertch said. “You’ll see a lot of rides that you’ll see in amusement parks, but this has back stories and elements that tie it all together.”

The Bertch family operates Bertch Cabinet Manufacturing and in 2001 opened Lost Island Waterpark, which ranks among the best water parks in the country. They later opened the Bamboo Ridge campground west of the park.

Bertch said plans for the theme park expansion have been in the works for more than 10 years, adding the motivation is based in part on a desire to enhance tourism and quality of life in the Cedar Valley.

“We know from surveys the city and (Experience Waterloo) have done that in spite of … a lot of entertainment venues we are still perceived locally as lacking both on children’s and family entertainment,” he said.

“One of the things we’re faced with in our manufacturing business is a critical shortage of workers,” he added. “We need to attract young families and workers, so we’ve got to have amenities that keep young people (after they graduate) school and attract more people.”

MIND YOUR BUSINESS (NEWS): Become a member
Noel Anderson, the city’s director of planning and community development, said the project would be a major boost to the local tourism economy and would help existing restaurants, hotels and retail businesses.

“I don’t know if we could be more excited about it,” Anderson said. “This is a great project for development in that area, but it’s really one of those projects that reaches to all types of people, from young to old.”

The city will hold a special meeting of the Planning, Programming and Zoning Commission July 23 on plans to rezone the land from agricultural to planned commercial use, including a special permit for an outdoor recreational use.

City staff also is working on a development agreement spelling out the city’s level of financial assistance to the project.

“We’re penciling out numbers now,” Anderson said. “With Gary’s investment, road improvements and everything else we’re looking at over $100 million of total investment.”

The city is seeking a state Revitalize Sound Economy Grant for improvements to Shaulis Road and other road work. The city is also expecting to bond an estimated $14 million to assist in the development, looking to recoup the investment through property taxes from the park and hotel-motel tax revenue.

Tavis Hall, executive director of Experience Waterloo, said the proposed theme park would have a huge economic benefit to the entire Cedar Valley.

“We were able to simulate what this model would look like by calculating it as if it were an event over the course of a summer, 100 days,” Hall said. “The projected economic impact was a little over $32 million.”

That impact, based on an internationally recognized modeling system, included $6 million in food and beverage spending, $5 million in retail sales and $4 million in overnight lodging along with business-to-business and supply chain spending, he said
Click to expand...

Could be Kanonen and a Go Gator. Or even a Go Gator and a Zamperla Dragon. When small parks get coasters, they tend to start in the kiddie range.
I

Personally very excited with this announcement last week this is my home town! Lost Island Water Park was recently rated readers choice USA Todays #2 Water Park in the United States. Anyone have any rumors or thoughts on this project please discuss!?


"Gary Bertch noted the nearest home in Winston Place to the west is 1,920 feet from the nearest of two large roller coasters included in the plan"
Is the Kanonen one of them any predictions on the other?
Source:

We know the owner did/does have Kannonen but as for the 2nd. Theres a number of rides on the market that have been sold to who knows where.
Assuming we can discount Zaturn then Cobra from Ratanga Junction wouldnt be a big surprise as the ride was rumoured to be being shipped to USA and had the same broker as Kannonen.
Clipper the Togo junior from Space World in Japan was also packed up and shipped somewhere apparently. But i feel this is somewhat less likely.
You must log in or register to reply here.
Share:
Facebook Twitter Reddit Pinterest Tumblr WhatsApp Email Share Link
Menu
Log in
Register
Top