If you were a Disney character who would you be and why?

After having this discussion with a few friends yesterday, I thought this would make an interesting topic.

I came to the conclusion that I would be Meg from Hercules. She's sarcastic, headstrong and witty, yet she still retains her feminity, a bit of a femme fatale.

So, who would you be?

I would probably be one of my three favourite classic Disney characters which was Hercules, Flick (Bugs Life) and Simba.

Genie. He's just awesome in every sense of the word. And easily the most powerful Disney character ever! :lol:

If we're including Disney-Pixar, I would love to be Woody from Toy Story
B

I'd be Mikey. He's the classic and most iconic Disney character, so I'd be him.

I'd be Baloo from The Jungle Book.

He's pretty carefree and blows with the wind, but he looks out for his friends and deep down knows what's best.

Staff member
Administrator
Moderator
Social Media Team
Tbh, when I saw this topic, I thought it was going to be one of those "open, read and shut" type topics but it actually got me thinking. Too much, in fact! And I ****ing hate Jizzney. Anyway, I'm going to ramble so I'll try and keep it as condense as possible.

I had a rather uptight upbringing. Don't get me wrong, I was loved and I had everything I wanted, both emotionally and inanimate-object wise. Father was out all day earning (quite a bit of) money (self employed)and Mother at home doing housewifey crap, so Dad never had much time for me and my brother.

There's a character in Viz called "Victorian Father." He's a stereotypical father from late 1800's..beats his kids and wife, doesn't like curved table legs, that sort of thing. In recent years, I've often called my Dad "Victorian Father." I'd like to make it clear though that Dad never beat my mother and he didn't have anything against curved table legs. However, he did smack me on several occasions to discipline me.

So yeah, I had a rather "Victorian traditional" upbringing; Mother did the kid crap and Dad did all the providing stuff and commanded our respect in return.

Naturally this formed my personality. I was (and still am to some degree) an uptight bastard right up until my early 20's. Although I was chavvy, I generally played by the rules and saw life as a set direction which I had to conform to. I knew what was expected of me from society and my parents and I had to live up to it. This made me arrogant, ignorant and well, a bastard.

It wasn't really until my early 20's then I realised that the world was huge and there were many other brilliant people in the world. I grew up without the internet and my close friends were from a similar background.

When I first realised that I'm not a drone, I can live my life how I want to (within reason, of course) and make my own destiny, I felt like a liberated man.

As corny as this sounds, I blame CoasterForce for that transformation. For the first time in my life I had come into contact with people outside of my community and comfort zone. It opened my eyes.

So yeah, my Jizzney character...? I'm George Banks and CoasterForce is my Mary Poppins.

(I understand that George Banks/Mary Poppins was not created by Jizzney, but everybody associates it with them so I'm having it!)

Umm I'm gonna choose Belle.. Because she's pretty and obviously being pretty would be nice. And she's also kind and not shallow, yay.

Staff member
Administrator
Moderator
Me? Hmm... It has to be something in the Donaldverse, but I'm not sure on who. Probably Fulton Gearloose.
*expects only one other CF-er to recognise this person*

Hmm, I had about a ten minute think and look, I eventually had to choose 'Squeeze Toy Aliens' from Toy Story, relate to Sig and Av for further information.

And Ian, that heartfelt tale was even better than Taylor's cereal adventure! <3

Staff member
Administrator
Moderator
^^That be Gyro Gearloose. Fulton is his father. The member I was thinking about is Phewey.

Personally I would say hmm... Goofy! The Goofy movie was AWESOME... hmm, PETE! He made me LOL in Kingdom Hearts and has the same voice actor as TIGGER! ZOMG TIGGER! WHINNE THE POO AND THE BLUSTERY DAY WAS AWESOME if not old like JUNGLE BOOK!! BALOOOOO! What about stich! He's new but still AWESOME like ALADDIN AND GENIE and BEAST FROM BEAUTY AND THE BEAST HE SPANNED THE DO IT FAGGOT MEME! *explodes*

I pick Jessica Rabbit. She isn't disney but is fappable.


I would be Mickey, deffo.
A

I would like to be Uncle Remus from Song of the South, one of the best movies ever. I am old, fat and bald, it suit me to a tee. 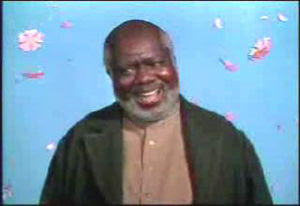 I'd be Timone; people have said i look and act like a meer cat, so I suppose I'd be one :lol:

Ha, this topic is full of win.

I'm not sure who I am like but for amusement I'll say I'm like Uncle Waldo in The Aristocats. He be the drunk duck who is quite amusing.