Staff member
Administrator
It really came down when Taylor, AJ & I visited the park nearly a month ago, but nothing like this! :shock:

Here's what some of the surrounding streets looked like at the time. 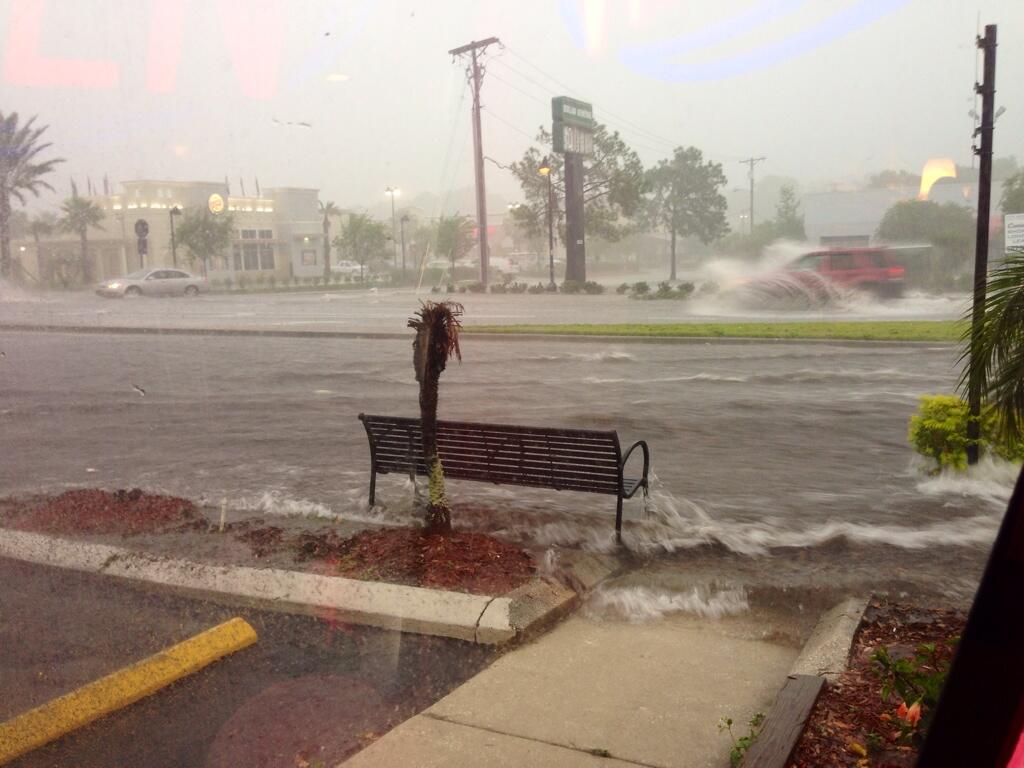 From the Weather Channel.
M

I've been reading that the water parks shut in Orlando and the main parks were on reduced hours.

Never knew it was that bad

Cheers for posting that.

That is flooding! Terrible, terrible weather!

OMG that's kind of awesome! I didn't think my #1 could get any better...but it now has a splashdown!

I want to see the other trenches now!

And we all said there'd never be another Inamin Aquatrax! We've finally got another one!
T

Imagine if Oblivion's tunnel ever flooded...

I'd quite like to give it a go when it's like that. Should be rather good fun.

I imagine the somewhat sudden deceleration probably wouldn't feel too fun in truth, nor would valleying back under the water whislt harnessed in

Staff member
Administrator
Moderator
Judging from the CF POV of the ride on YouTube, the surveillance cameras seen to the right of the trench are a little lower than the eyes of an adult rider, so you probably wouldn't drown. Probably. Better pump out a couple of decimetres and try then.
M

Would mean it finally got a clean

Staff member
Social Media Team
Wow. That's incredible, could this cause a lot of physical damage to the track and/or LSM launch system?

Lofty said:
Wow. That's incredible, could this cause a lot of physical damage to the track and/or LSM launch system?
Click to expand...

It would be hard to say, but I wouldn't imagine it would be too bad. Typically when things are designed to be 'waterproof' they're made to be very waterproof. It's my understanding that (and this is based off the electronics designed for the offshore cranes that I did some research into for my thesis, so not exactly comparable but relatively close) electronic components are often rated to many many tens of meters (minimum). If you're going to go to the effort of making it waterproof you have to do enough sealing and pressure testing to mean that it's likely going to be able to withstand much more than the few meters of water here. Obviously there's dirt and grime that's going to get in there, but if it's all sealed up well enough I can't imagine it'll do too much damage.

As for the track/supports, I really can't imagine this sort of thing would too much damage. Overall I think it'll probably just need some cleaning up.

Hixee said:
As for the track/supports, I really can't imagine this sort of thing would too much damage. Overall I think it'll probably just need some cleaning up.
Click to expand...

Hershey does this every time there's flooding. Parts of Great Bear, Storm Runner, Soops, and the Comet have been underwater multiple times and nothing has really come of it. The last time they were flooded was during Irene in 2011.
M

it hurricane season what do you expect in Florida.

Hurricane Season doesn't start until June 1st, this was a traditional West to East low pressure system that stalled out over Florida.

Was in Florida during this.. Was extremely fun! Nearly had a car crash because of the flash floods (Only thing to describe them!) Rainfall only lasted 4-5 hours the first day in Orlando, Waterparks were open until the storms threatened to hit, which was good. Main parks were open as normal, until, again, lightning was overhead, only really outside rides and water rides that closed then reopened when they eventually passed.