So after missing untamed by 6 days the week before, I decided to go out again on our Monday off, to see what all the fuss was about. This time I would be joined by my decidedly none goon missus, Cara. Sadly, the extremely goony daughter, would stay at home to watch the doggos.

We booked through P&O again, but as this time we were planning to return the same night, we were able to take advantage of their mini cruise bargain offering. Which cost 72.00 one way, and 72.50 the other way, cabins and car included. Which basically meant 2 nights accommodation, travel, and our car cost us just 144.50. We booked our tickets online, as well as gold fast lane, in the knowledge that it was the dreaded school trip season in part of Holland, and actually already the summer holidays in other parts.

We travelled from Derbyshire to Hull at around 3pm on Sunday afternoon, and we were checked into our rooms, and aboard the Pride of Hull by 5pm. So it was time for a very reasonably priced beer, and watching the sunset from the sky deck bar. 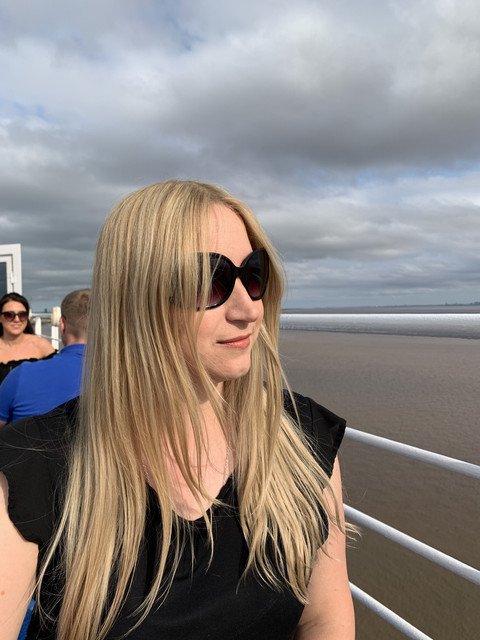 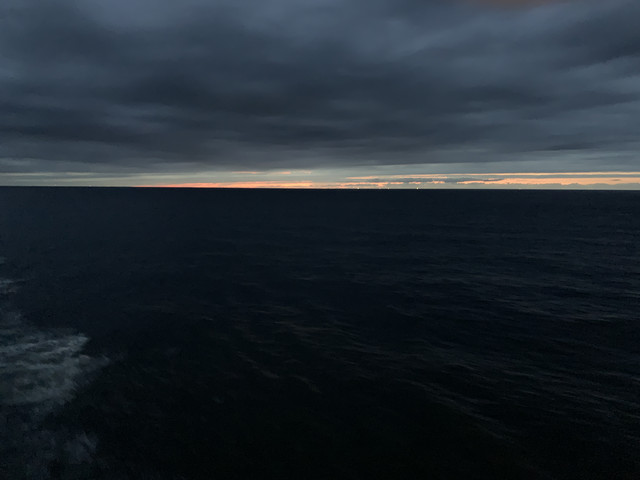 After the sun had gone down it was time to make our way indoors for our evening meal. The buffet restaurant was very nice, and Cara even found a way to make her favourite, Hunter’s chicken, well almost. 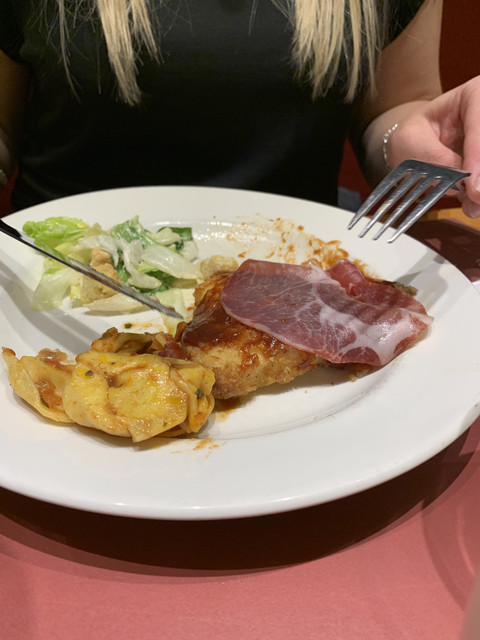 After the meal it was then time to enjoy the evening’s entertainment. We were treated to 2 musical shows, broken up by a few songs from the entertainment team, it was either really enjoyable, or by now the Coronas were starting to take effect. Either way, we were done for the evening and headed for bed.

The captains call awoke us at 6:30, it was time to get ready to head to Walibi. As we had booked the mini cruise we were able to leave our belongings in the room after showering, as we would have the same cabin when returning in the evening. We were off the boat, through passport control, and on our way to Walibi by 8:30, arriving at Walibi by 10:30. Immediately it was clear that the fast lane plus was going to pay off.

After a quick toilet stop we headed straight for Untamed, the sole purpose of our trip. Imagine our joy to not only get instant access, but also be allowed to pick from the empty bays before us. Of course we made our way to the back!

I was a little worried about the restraints, after what I’d read, and being a big lad. But I shouldn’t have been, they were a great fit, comfortable, with loads of room.

The start out of the station is a bit weird, and just left me wondering ‘why?’ The lift hill is very slow, but gives you time to contemplate your life choices, or just take in the view, whichever you’d prefer. As the front of the train crests the hill, the back speeds up, and speeds up, and speeds up, it honestly seems to take an eternity from the minute the front crests to speed up to the point the back crests, but oh boy, when that back row crests that hill, your arse and seat decide they’ve had enough of each other, and go their separate ways for almost the entirety of the next minute or two.

The little bunny hop is great, not as strong as I’d expected it to be, I thought it was going to be full on ejector, it wasn’t, but any disappointment this may cause is soon wiped away by the air time into the first inversion, the double inverting corner stall thingy ma bob. What an insane inversion, honestly feels like you’re out of your seat the whole time, and I wouldn’t describe it as traditional hang time, it kind of feels like inverted air time, if that even makes sense.

The rest of the circuit is just airtime after airtime broken up by an inversion or two. One of my favourite parts is when you travel back through the structure, some great head chopper moments accompanied by intense ejector. And the final roll, genuinely tries to throw you from the train, I’m a hands up kinda guy, and I felt like Stretch Armstrong every time we did this roll.

I sat on the brake run, a little emotional, a little giddy and very much breath taken. I knew in that moment, that a few more rides would confirm this as my new number 1 coaster, no question about it. It is everything I want in a coaster, speed, intensity, air time, and some inversions thrown in for luck.

So after a few more rides (5 or 6, mostly back but a couple on the front too) Cara wanted a break, her legs were hurting. She’s not a hands up, relax, and just move with the coaster kind of rider, she tenses up and holds on for dear life, at least until she trusts the machine. (See pic!) So the restraints were taking their toll on her legs, mine were fine. 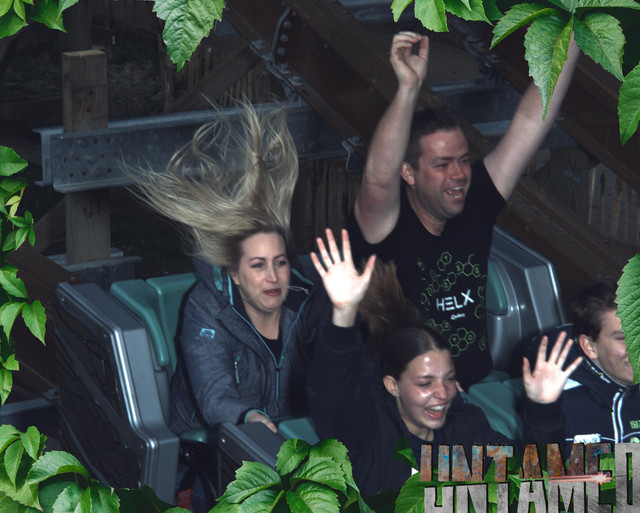 We decided, having skipped breakfast to grab a bite to eat, Cara, wanted to try the wraps under Untamed, at least that is, until we’d already ordered, and she then saw somebody pass by with a dirty dog from a few yards away

Never mind, we promised ourselves we’d have a wrap for lunch and drop by for a dirty dog before heading home.

Whilst enjoying our delicious chorizo wrap, we realised that neither of us were 100% sure what Untamed and the Wilderness were themed too, but it was familiar, very familiar. Until it hit us in the face, it felt like Glastonbury festival, it was a festival theme, and very well done too.

After lunch we decided, that as it was Cara’s first time at Walibi, it wouldn’t hurt to tear ourselves away from Untamed for a little while so that she can see what else the park has to offer. It would have been so easy that day to forget that this place also has 2 other world class coasters. So we went and rode Lost Gravity a few times. Cara loved this ride, just as she has loved every Mack thrill coaster she’s ever ridden. Then onto Goliath, passing by Condor, which thankfully she did not want to ride. She enjoyed Goliath, but she does struggle when extended moments of high intensity, and on this day, on the back, the train seemed to be pulling a lot of G through the helices. Not quite the Nemesis ‘grey out’ moments she often suffers, but still enough to make her feel a bit ‘funny.’ 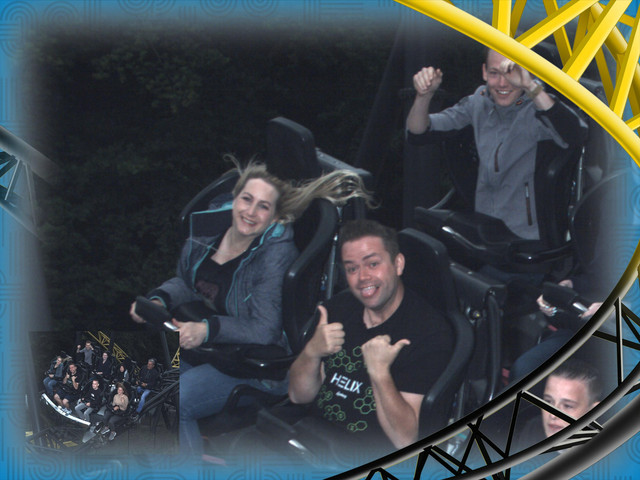 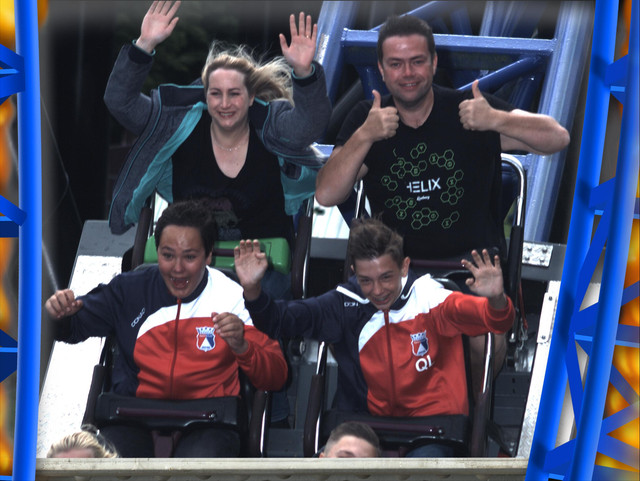 On the way back from Goliath we spotted the giant Pokemon ball in bucket stall. Now my previously mentioned goon daughter, who was disappointed not to be experiencing Untamed, collects these Giant Pokemon, and has all of the ones we’ve seen in the UK. However, Walibi had the Pokeball!!! One we’d not seen in the UK. So of course, to make up for our treachery, we had to win it for her. 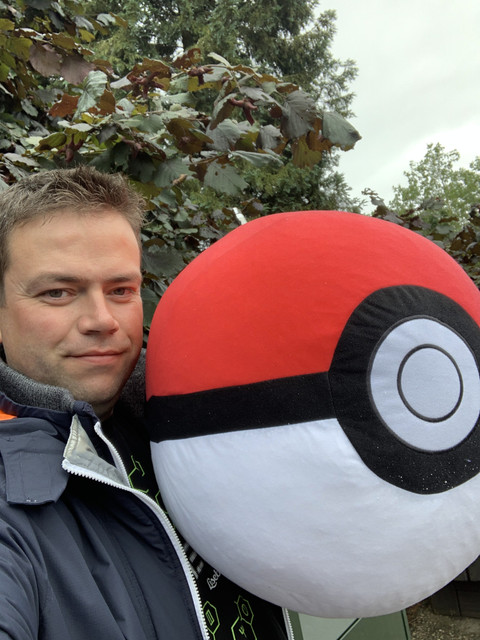 Time for more Untamed... Wait, no it’s not... TEMPORARILY UNAVAILABLE! Dang, ok so Speed of Sound, meh, and Platform... Surprisingly Cara also enjoyed Platform. Although all the way through the queue line she was swearing at me, and was adamant that I’d tricked her into doing a scare maze. She hates scare mazes.

After that Untamed was back up, so we booked our 3 minute wait, which was eaten up on the journey through the park to the Wilderness, and jumped back on. This time Cara was taking my advice, completely relaxing, and just going with the coaster. She says it hurt much less, and she seems to be enjoying it a little more in the pictures too. 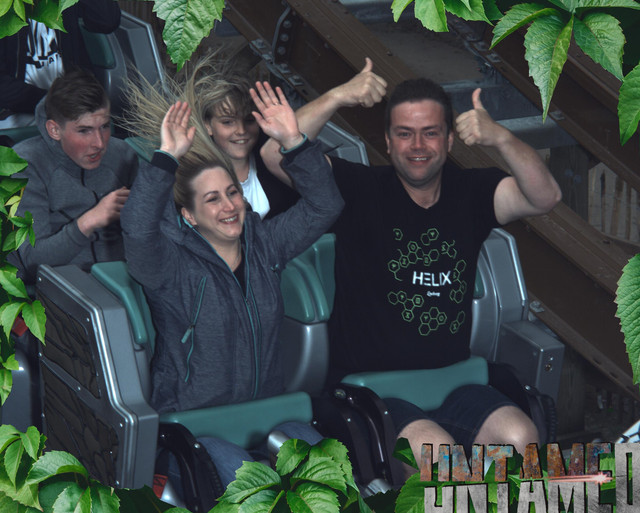 We managed about 6 or 7 rides without waiting in between, and then bam, Untamed goes tech again. By this time it was around 4pm. So we decided to grab that dirty dog, which was delicious by the way, and head back to the car, pokeball and Untamed merch in hand.

We boarded the ferry around half 6, and had every intention of making another night of it, there was cheap beer to be had, but by 9 we were done, shattered, destroyed, dead and headed for bed. An inspired choice, as the ferry arrived in Hull early, and was in the dock by 7am!
All in all, a great ‘day’ trip, and what a ride Untamed is. I would end this by saying I cannot wait for the live, but I am 99.9% certain I’ll be back there before then, probably more than once. 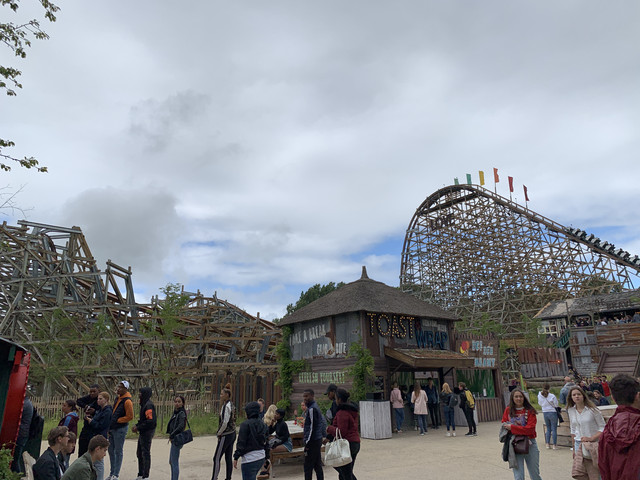 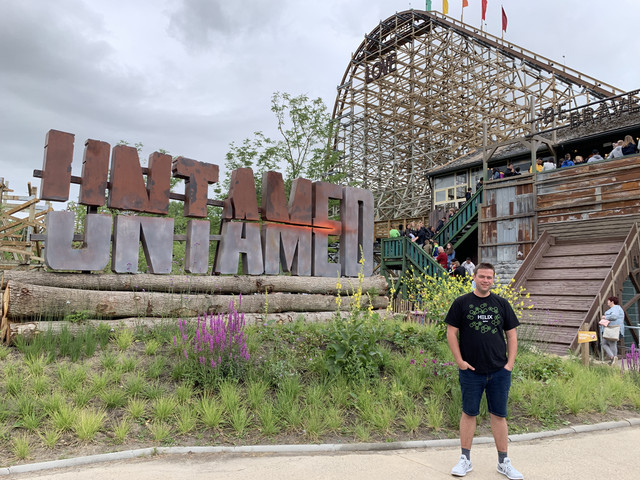 Thanks. Having just returned from Walibi (and already wanting to go again) the ferry option sounds very reasonable if you want to keep costs down.
N

i.d.b said:
Thanks. Having just returned from Walibi (and already wanting to go again) the ferry option sounds very reasonable if you want to keep costs down.
Click to expand...

The Mini Cruise option in particular is great value. But be sure to select that tab on the booking page, because out of interest we quoted exactly the same dates, returning same night, with the same options, but as a return ferry trip, and it comes out almost twice the price. On the online booking page there is a tab, for mini cruise, pick that, be sure to add your vehicle, and you’re good to go. Had a play around and every date I entered comes in between £150 and £200 for a return trip for 2 adults plus car... Bargain.

Sounds very reasonable to be fair.

Cost me approx £120 to get out there early this month between channel tunnell cost ( £46 return ) and diesel.

That without taking into account accomodation cost and fuel you save by missing out France / Belgium totally.
N

Cost me approx £120 to get out there early this month between channel tunnell cost ( £46 return ) and diesel.

That without taking into account accomodation cost and fuel you save by missing out France / Belgium totally.
Click to expand...

I suppose a lot will depend on your location and the ease of getting to Hull... As some will know I live right next to the old American Adventure, so the M1 is on my doorstep, making Hull a 1.5 hour, all Motorway trip. (I’m also lucky enough not to have to pay for all of my own fuel, but that’s another matter entirely, and not useful to anyone else.)

But I cannot recommend the mini cruise option highly enough for a quick trip, as well as the accommodation, there’s enough on board to make a night of it, multiple bars, restaurants and shops, a casino, arcade and 2 screen cinema.
You must log in or register to reply here.
Share:
Facebook Twitter Reddit Pinterest Tumblr WhatsApp Email Link
Menu
Log in
Register
Top