Staff member
Social Media Team
I quite like the name in all honesty. Looking forward to seeing the forward/backwards trains.

I think there should be a really good addition to the park. As It will travel through the park you will be able to hear people screaming and see it. One of the original complaint about the park when it first opened was that all the rides were in boxes so people can really see what was going on or how many rides there were.

The press release makes it seem like there will be a holding brake. Also, it's not tall enough to get any views. I wonder how long the trains will be! You'll get a nice view of the roof, though.

Staff member
Administrator
Moderator
Social Media Team
There's also nothing to get a view of...

The roof of Ferarri World and the airport I've been working on are the only things of any interest for about 10 miles. And most of the time it's too hazy to be able to see that far anyway...

Yeah, either the roof or the sun!
Is this basically a modern take on the reverse freefall coaster

And you are likely to get sandblasted at certain times of the year!

Staff member
Social Media Team
I'm struggling to understand the launch mechanism? It seems odd to me that they haven't attached the LSM fins when constructing?

^It looks like they're installed in the picture above. Although in other pictures of the hill, it looks as if the row of LSMs have metal brake fins too. Weird.

Screamscape said:
A quick note about Ferrari World from a recent park guest. I'm told that the restraint system used on the Flying Aces (Intamin) coaster is currently in the middle of being replaced. The old over-head lap-bar system is being replaced by Intamin's soft over-the-shoulder strap system, with the conversion said to be complete on one train, and work about to begin on converting the other. Why the switch? I don't think there was any one incident or anything, but it sounded like a few too many guests were leaning over and being thrown sideways harder than anticipated through the aggressive high-g lateral maneuvers, so the new restraint belts will help keep the rider's upper bodies in the center of the seat as intended.
Click to expand...

@Dubaidave - Any truth to this?
B

I have asked the park and they have not replied. Someone was there today and the train running was normal. I haven't had chance to head down there recently.

Staff member
Administrator
Moderator
Social Media Team
Full press release for Test Track can be read here: http://coasterforce.com/turbo-track-ferrari-world-march/ Yes, I'm going to make you click the link rather than me copy and pasting it, but have these two images as compensation. 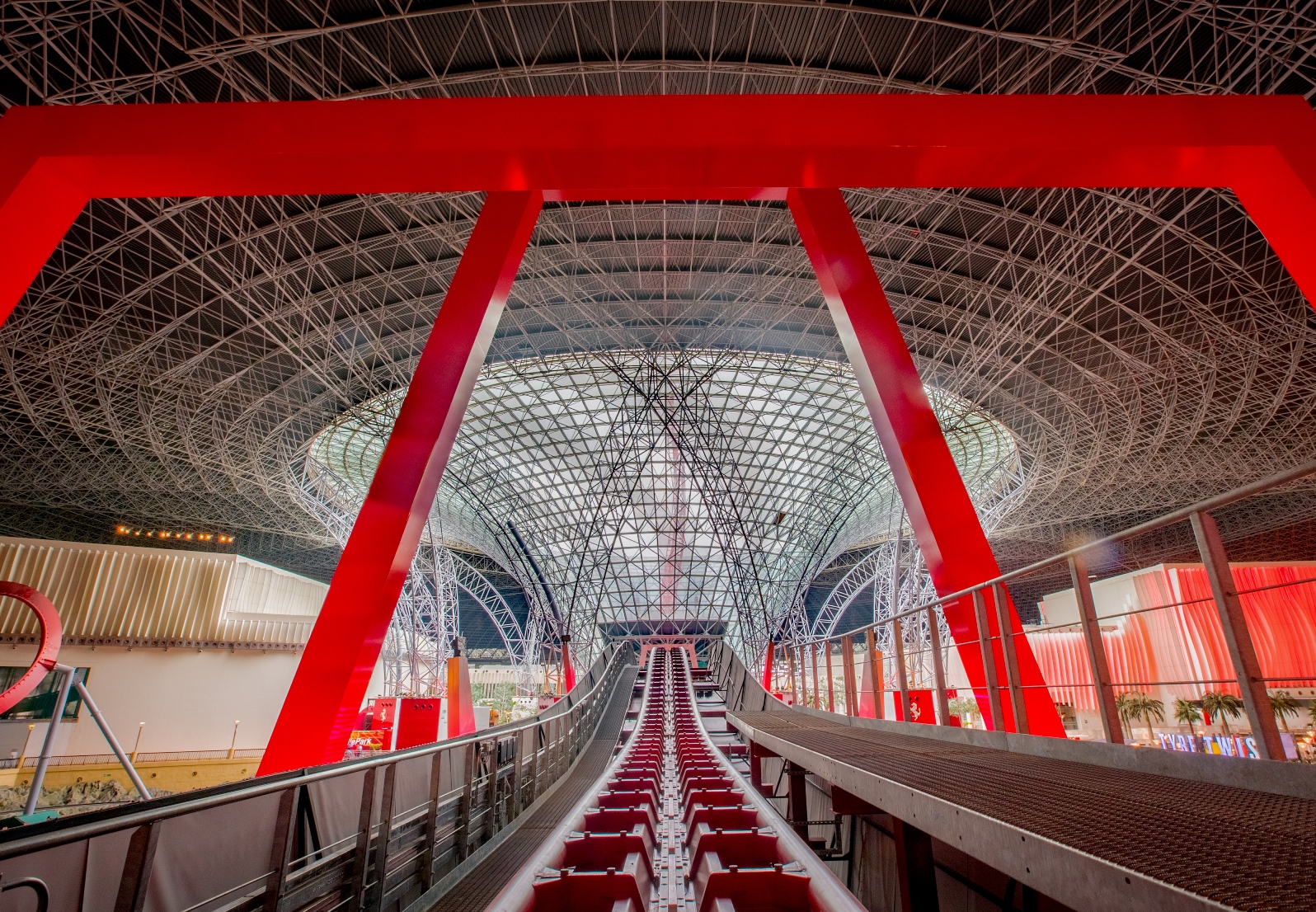 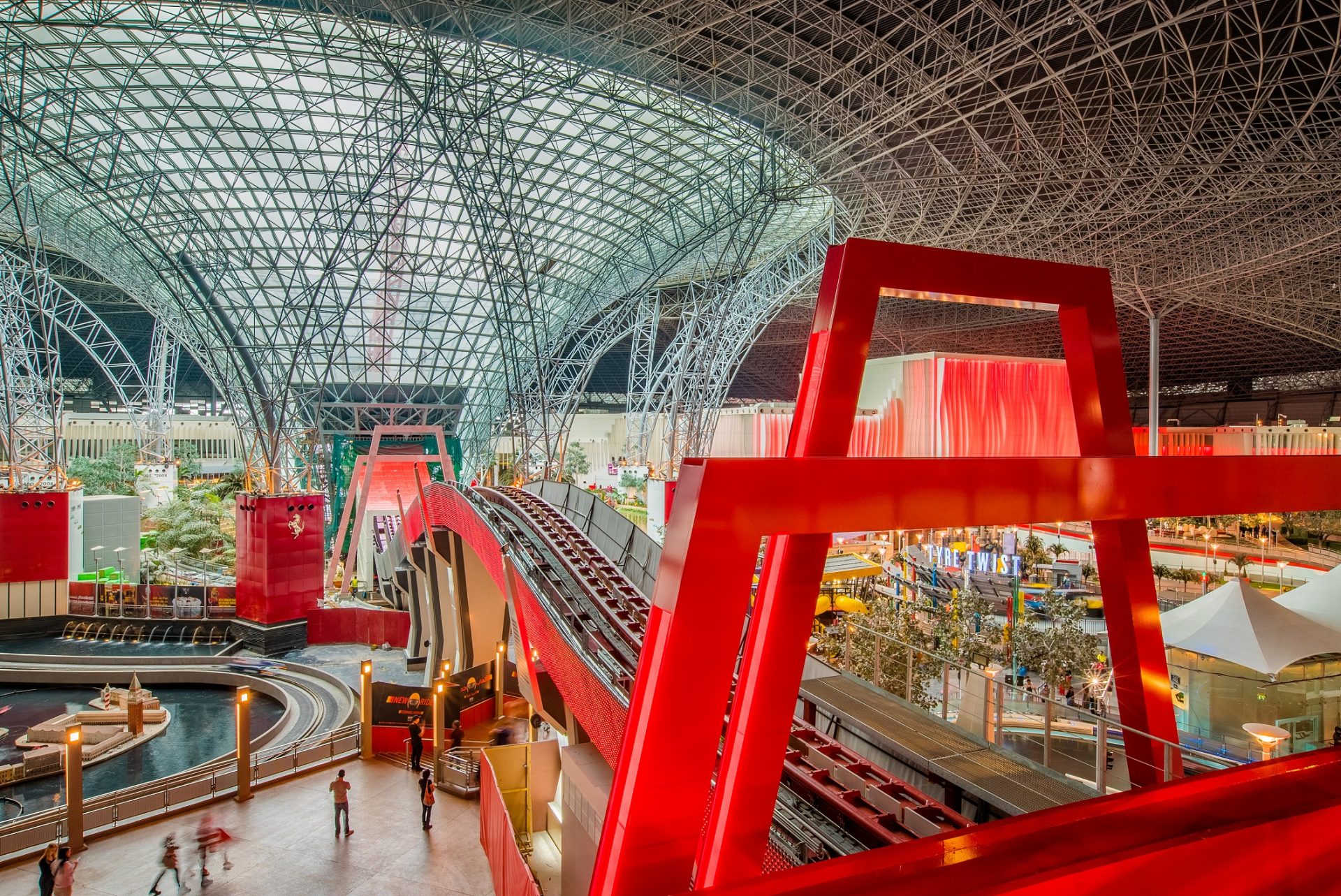 I will be there for opening day so expect a deluge of pics in march.

I'd appreciate a picture or two of the opening in the roof and how they prevent all the cool air flooding out. I haven't seen any pictures that show it in much detail, and when I was there with Ben/Jake in October they still hadn't really finished the hole.

Looks like an strange ride, going to be interesting to see it running.

There is a POV sort of

Hixee said:
I'd appreciate a picture or two of the opening in the roof and how they prevent all the cool air flooding out. I haven't seen any pictures that show it in much detail, and when I was there with Ben/Jake in October they still hadn't really finished the hole.
Click to expand...

Seconding this, on behalf of all the other building physicists on CF.

^Haha I was wondering that as well.

I'm just really interested to see what trains this has...

Heres a POV From Today