wojok040 said:
In the interview for one of the polish newspapers Marek Goczał, owner of the EL said that due to low attendance this year new area might be postponed and might be opened in 2021. And that is most accurate information we have at the moment. [I'll update the source once I find it]

To be completely honest regarding Zadra, we on polish SSC Community we had almost certain information it would be ready still in 2019, although all foreign websites could not believe and stuck to 2020.
Click to expand...

I was following the thread on SkyscraperCity and there was never any real doubt that It was a 2019 there either... (Edit: Yes I’ve just realised that when you said SSC you meant Skyscraper City ??)

JammyH said:
It's easy to make statements when the situation doesn't directly affect you. When you reside in one of those minority groups and have family who live in the country, it becomes a much tougher decision to set foot back into the country where you have people you love than heading off to ride an RMC.
Click to expand...

I mean, first of all it does definitely affect me lol cause yknow, homo. The point does still stand - if you can forgive Trump’s attempts to strip trans people of their rights and forgive Florida on some flimsy logic that America is ‘50 countries’ (its definitely not, and Florida would be one of the worst countries if it was) - you can do the same here.

It might be more personal for you and you might not want to go back because of that but if we crossed off everywhere that has policies that discriminate against someone we wouldn’t be going anywhere - or able to stay in the UK! Can’t be like I can’t go there they hate the gays but America is fine because they just hate trans and black people.

If you’re that bothered join the fight and support LGBTQ+ businesses there - don’t just write off a whole country and refuse to go because of some whack jobs.
J 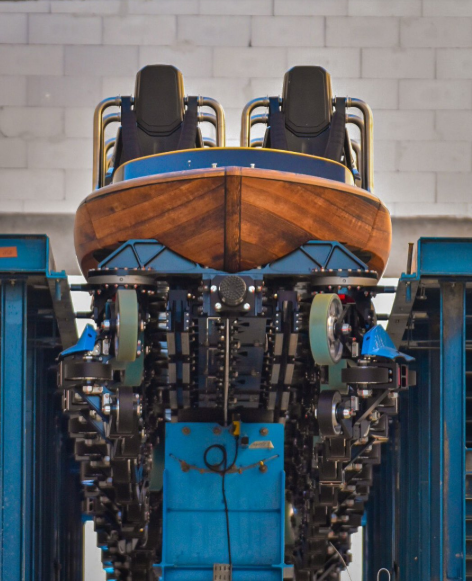 Now, I always love a creepy train-centipede, but I’m not really a sure about the boat on this one tbh.
B

Now, I always love a creepy train-centipede, but I’m not really a sure about the boat on this one tbh.
Click to expand...

You won't see it from underneath for long so as the boat is wider than the underlying train, I think it'll look just fine from any other perspective. I can imagine it looking pretty sexy then.

Damn that train be lookin' good as hell! Can't wait to ride in it

Haha I don’t know if the information about the source is correct since I took that exact photo.
Last edited: Aug 14, 2020

The turn after the loop seems to be taken with a good whip, and the pointy hill towards the end might give some great ejector as well. Still, a little bit more speed is always good and I hope Abyssus will also speed up by 1-2 seconds.

Looks nice and fast to me. The inversions are being hit at Lech speeds and there looks to be some great airtime. Batwing looks crazy intense. Can't wait to see a better angle.
A

Link doesn’t work for me as always. Don’t know why. Can you please post it here.

Lukeesix said:
Link doesn’t work for me as always. Don’t know why. Can you please post it here.
Click to expand...

Do you use adblock origin? One of the anti-tracking block lists stopped embedded FB and YouTube videos from playing on here for me!
T

If it is anything like Lech Coaster, then it will definitely have the strongest ejector in the park....and if the pacing is good it will be the best coaster in Poland

That thing looks incredible. It dosnt seem so slow in my opinion but let's expect something more like Helix and not Taron speeds. Being the best coaster in Poland is hard with Zadra is next to it.

Lech has more ejector than Zadra and Hyperion? ??

What is happening in this thread?

Lech is great but Zadra is in an other world.

ChristianPalsson said:
Lech is great but Zadra is in an other world.
Click to expand...

I agree, I love lech but it’s not even in the same league as Zadra, and not even as good as Hyperion in my opinion.