Nicky Borrill said:
Nope... But the timing couldn’t be worse for them...
Click to expand...

That's true. Honestly they will need a miracle to get out of this alive.

CrashCoaster said:
That's true. Honestly they will need a miracle to get out of this alive.
Click to expand...

Interesting choice of expression given the subject...

Best get a visit asap...

Hixee said:
Interesting choice of expression given the subject...
Click to expand...

I didn't realise that actually. My apologies.

I haven't ridden the ultimate yet so would be a little gutted to not ever get the chance, kinda surprised they've made it through the lock down so far tbh

Well they survived when somebody died on the same ride years ago so this case shouldn't be as bad as that in theory. Although they didn't have Covid and generally fading interest in the park at that point too so who knows? One would assume their insurance will cover the payout as long as they aren't found to have been negligent.

witchfinder said:
Well they survived when somebody died on the same ride years ago so this case shouldn't be as bad as that in theory. Although they didn't have Covid and generally fading interest in the park at that point too so who knows? One would assume their insurance will cover the payout as long as they aren't found to have been negligent.
Click to expand...

Doesn’t the fact that the HSE are pushing for criminal charges suggest negligence?

I think their bigger issue is the timing of the bad publicity, they now have multiple accidents, a poor safety record in the eyes of the public, and they’ll be trying to convince the public that they’re taking all the appropriate safety measures to protect them from the virus... Will Joe public trust in their ability to do this, when HSE and the press are saying they cannot operate their rides safely under normal circumstances?

Certainly a tough time with COVID and a prosecution to deal with. And the park doesn't really appear to be a place that's doing amazingly well.
Will be interesting to see if this is the Ultimate nail in the coffin.

CSLKennyNI said:
Will be interesting to see if this is the Ultimate nail in the coffin.
Click to expand...

If the park does close, I do wonder what would happen to the Ultimate. It's hardly the kind of coaster you could relocate. Probably get decent enough scrap-age value from it, mind.

I'd suggest a refocus for them. Target a younger market, as Flamingoland is probably hammering the older market in the region now. Some relatively cheap family rides in a similar vain to Paulton's Peppa Pig or Drayton's Thomas lands (doubly good if they can wrangle an IP) would save them. Paw Patrol land?

Staff member
Administrator
Moderator
Social Media Team
For what it's worth, here's an update: 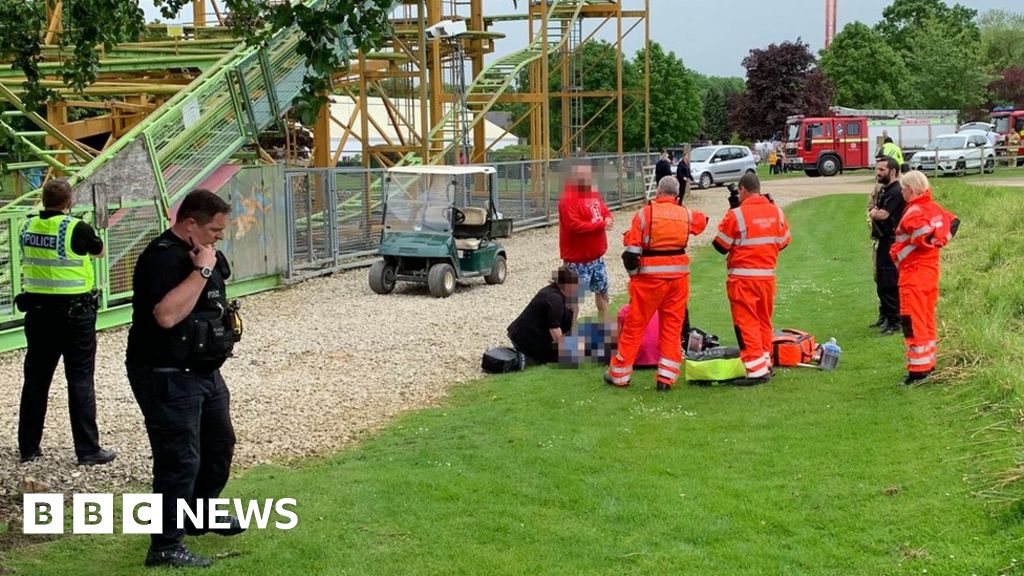 A seven-year-old boy fell from the Twister ride at Lightwater Valley in May last year.
www.bbc.co.uk

Hixee said:
For what it's worth, here's an update:

A seven-year-old boy fell from the Twister ride at Lightwater Valley in May last year.
www.bbc.co.uk
Click to expand...

Jesus, not good that. Wonder how bad the financial situation is going never mind the terrible reputation

I can't help but feel this might be the final nail in the coffin for them. Considering they're already 'running at a loss'.

I don't see how they re open in their current guise? They must have lost a ton of money this year.

Note to self if this park opens next year get there quick to ride the Ultimate as I've not bothered yet!
Last edited: Dec 5, 2020

Lofty said:
I can't help but feel this might be the final nail in the coffin for them. Considering they're already 'running at a loss'.
Click to expand...

The writing is on the wall for this park, and it's written in all caps with neon letters. If I'm understanding LWV's Wikipedia page correctly, the park hasn't had significant additions to its attraction lineup for almost ten years, based on the types of rides that have been added to the park since 2011 or so compared with the types of rides that have been removed in the same time frame. Their headliner rides are slowly reaching their expiration date, and there doesn't seem to be any money to replace them. Their newest coaster is from 2003, the biggest thrill rides from the years shortly after.

So yeah, "running at a loss" is true in more than one sense. They're certainly not adding to their lineup at a rate that keeps up with decay over time, and by that point, the park is in a death spiral. This accident accelerated the decay, but it would probably have been inevitable either way. For each passing year, the amount of money needed to be invested in the park to keep it up will increase, and it will be harder to find. Such a shame, it looks like the park had such potential back in the nineties, but they just couldn't keep up momentum.
J

Hope it's not the final nail in the coffin.

I meant to finally visit Lightwater Valley in 2019 but kept putting it off for other parks.

Would be a shame to lose the Ultimate and its uniqueness.

Not been to LWV since mid-2015 on a school trip so I'm probably due a visit when I can.

Staff member
Administrator
Moderator
It might not be the final nail in the coffin for the park as a park, but maybe as a company. That could even be good news.

After all, Lightwater Valley is an established destination for many (they get half a million visitors annually), the necessary infrastructure to operate a park is up and running on site, there are attractions there with many years left in them, and local regulations presumably allow a few more to be built without too much hassle. Even if the company is struggling, there's still an amusement park with potential there.

The million quid question is: how much potential? Or rather, is it possible to profitably operate a park on the Lightwater Valley site, even taking into account the capital cost of attractions? If so, what would it take to get there? It could be that a new attraction or two could turn the place around. Make it a regional destination. Pull in enough cash to build new rides at a rate matching the retirement rate of existing rides. Maybe even expand its lineup. That all that's needed is a little capital. If the current owners can't raise capital because they're swamped in debt and can't borrow any further, they won't get there. But if they go bankrupt, loans are restructured and a new owner with a better credit rating comes in, they might be able to raise that necessary capital.

Looking at the map, it seems like the only realistic alternative use for the site is farming. And to put it like that, there seems to be some rather stiff competition for that particular venture in the area. It would be a waste to tear down the park, because that same acreage of farmland probably won't make any more money. Selling the land for industry or housing looks unlikely too. Even if the demand was there, there's millions of other places nearby where a residential district could be built without needing to tear down an amusement park first. Whoever ends up owning the place would probably find it more profitable to continue operating the park, than finding something else to do with the site. Heck, at the map it looks like half the park is being farmed already.

I think the Ultimate could yet be safe for several more years. But it could also be that the park simply isn't viable in today's climate, in which case it may pack up and leave. Ex-parks like Camelot and American Adventure were abandoned without the site being reused for anything (I mean, if operating a park isn't financially viable, by default, as the owner you'd be better off not operating a park) and I daresay they were in slightly more promising locations as well. In the end, who knows, this could swing both ways.

Three lots of new owners have each failed to get the park going.
Each year more attractions are taken out.
It is heading back to being a strawberry "pick your own" farm, with a manmade lake to beat the coming droughts.
Anyone else remember the battery pig farm they had?

I’ve got an idea; is it possible that the Ultimate could survive as a stand-alone coaster, even if the rest of the park doesn’t?