At least nine people were injured in an accident on a roller coaster at Legoland in Günzburg, Swabia. A police spokesman said a roller coaster train slowed down sharply on Thursday, and another train rear-ended it. The injured suffered bruises and abrasions, among other injuries, he said.

According to a Legoland spokeswoman, the accident happened in the station area of the "Fire Dragon" roller coaster. One of the two trains had already been evacuated, and the second was being evacuated, she said in the early afternoon. All of Legoland's available emergency personnel were deployed, she said. The theme park was initially expected to remain open. What led to the accident remained unclear for now.
Click to expand...

How tf is this even possible?

Now it's 34 injured and 2 with severe injuries.
As far as I got it it was an accident near the station or darkride part of the ride. Maybe there's no real block system for that slow moving part?
J

As far as I got it it was an accident near the station or darkride part of the ride. Maybe there's no real block system for that slow moving part?
Click to expand...

This seems unlikely to me since the trains traverse that part of the ride rather slowly.

To me it sounds more like a train failed to slow down on the brake run and slammed into a stationary train in the station.

Could budget cuts as a result of the pandemic be responsible for this rise in coaster accidents recently, do we think? Surely maintenance and training would be the last things you'd cut back on, if at all?

Not saying I think this is actually the cause, I just wonder why there have been so many incidents as of late.

Front page on the BBC news site at the moment. 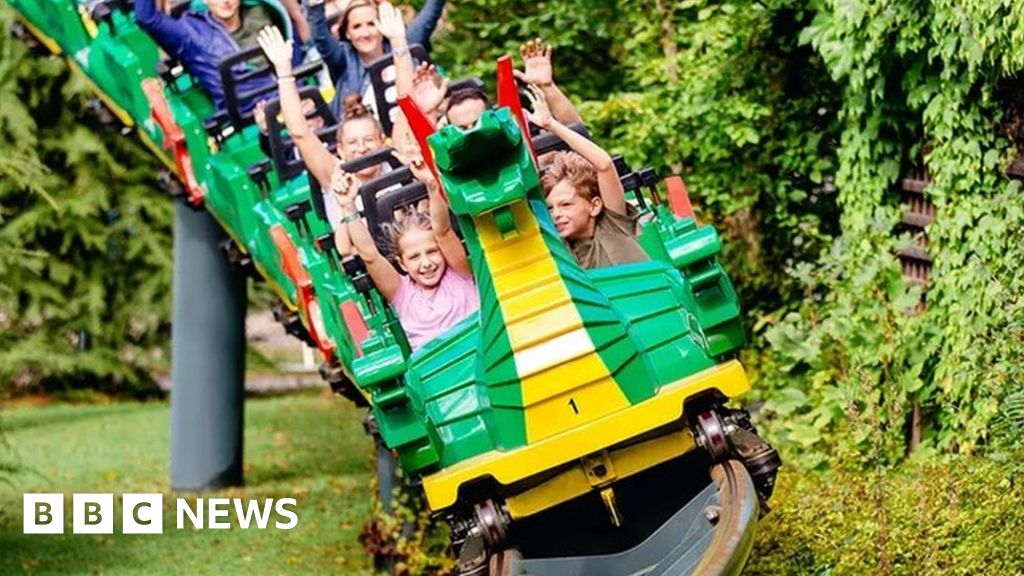 The accident happened after two rollercoaster trains collided into each other, Legoland says.
www.bbc.co.uk
S

Luckily this ended rather good with no major injuries. Just rumoring around: Could the hot temps in combination with cooling the breakrun result in dampness reducing the efficency of the brake? Or the brake simply getting too hot? Heard about that from a Schwarzkopf Looper on a funfair were they have to reduce dispatches at very hot weather. German rides are generally not made for very hot weather - but due to climate change it might get an issue...

Also in the "Heat Summer" of 2018 at the Hamburger DOM the Break Dancer also had to have regular cooling breaks as the computer was displaying alerts about the main engine about to overheat. It runs when its frosty....
J

The accident happened after two rollercoaster trains collided into each other, Legoland says.
www.bbc.co.uk
Click to expand...

According to German news agency DPA, the accident happened after one rollercoaster train braked heavily and another train collided into it.
Click to expand...

Riders still trapped on the rollercoaster had to be evacuated after the incident with the help of two fire engines.
Click to expand...

Huh, So if i read this correctly the first train was stuck on the beginning of the brake run. The second train then crashed into it leaving it in a place without cat walks.

The Bavarian Red Cross, which was involved in the emergency response, said 15 people were transferred to hospital following the crash.
Click to expand...

and somewhere else I read that one of them had life treating injuries.

This is just bad

Did all the Zierer versions of the Dragon coaster open today or did they close them as a precaution?

Assuming they are operated the same as this one?
S

While it was first said that there were only light injuries later it was confirmed that 14 riders were taken into hospital for a night and further diagnostics but were all released today. The park opened today while the Dragon coaster remained closed. Personally at the moment I am more concerned about this accident than the one at Klotten. This looks at first sight to be a technical problem - while the Klotten accident feels more like a tragic freak accident. Lets see how both turn out...

Ethan said:
Could budget cuts as a result of the pandemic be responsible for this rise in coaster accidents recently, do we think? Surely maintenance and training would be the last things you'd cut back on, if at all?

Not saying I think this is actually the cause, I just wonder why there have been so many incidents as of late.
Click to expand...

I've speculated to myself that resource's everywhere are stretched thin. Maybe staffing problems, maybe some are being asked to cover more rides than before. Everyone trying their best in difficult circumstances and unwilling to say 'no I won't fix that, I need to focus on that and you can forget this'. Trying to carry on as if nothing happened with no time or thought to the unforseen and lack of hindsight.

Could long term experience have left the parks due to furloughs and layoffs? I don't doubt parks will have hired competent mechanics but is unique knowledge of particular rides habits and moods lost. The routine will be rusty too.

Unusual heatwaves that cause rides and there umpteem specialised segments to behave ever so slightly different.

None of this makes any accident more acceptable. Nor does ' accidents happen'.

In an even sadder note, the lady who lost her life in the same country didn't get covered in the UK (to my knowledge) but a known brand did. Albeit a different story with fewer impacted people. Also (pending investigation) perhaps a change needed in a long term way of life as opposed to things any park should already have been doing better, especially with Merlin's history. But does the GP recognise those links?
You must log in or register to reply here.
Share:
Facebook Twitter Reddit Pinterest Tumblr WhatsApp Email Share Link
Menu
Log in
Register
Top