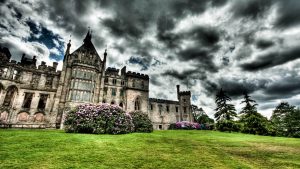 March 20, 2020 – As UK theme parks fall in line with government guidelines shutting their doors and more American parks delay openings, parks in China and Japan begin to welcome guests again as the Corunavirus begins to subside in the Far East.

Alton Towers finally announced the delay of its opening for the new season, which had been scheduled for March 21st, and Drayton Manor will also delay of the start of its 70th season. Blackpool Pleasure Beach had been open weekends starting February 15th, but will now remain closed with the park’s March 24th season launch event postponed. Legoland Windsor announced that it will close starting March 21st, after opening for the season on March 13th in spite of the COVID-19 outbreak limiting the opening of other venues, shops and attractions.

In the U.S. Cedar Fair, with its flagship park Cedar Point, has pushed their park opening dates back again to mid-May. The chain’s parks that were scheduled to open in March had those dates originally pushed back to April. New York’s Adventureland Amusement Park postponed its opening weekend just as it was about to resume operations on March 21st and fabled Coney Island Luna Park and Wonder Wheel parks will not open for the season on April 4th or hold its traditional Palm Sunday Blessing of the Rides ceremony on April 5th due to the pandemic. Knoebels Amusement Resort in Pennsylvania already announced the delay of their April 25th opening to May 9th and although it’s not a traditional amusement park, Tyra Banks is postponing the opening of her ModelLand theme park that was set to bow May 1st in Santa Monica, California.

Beto Carrero Park in Brazil remains open in spite of the first official measures in Penha being enacted banning “public events of mass and close concentration of over 100 people held in public domain spaces.” And although its Australian counterparts remain open, Rainbow’s End in South Auckland, New Zealand closed its doors until the park gets further instruction from the nation’s Ministry of Health.

While in Japan, the Hello Kitty theme parks decided to extend their closures from this weekend until early April, but Seibu Railway Co., operator of Toshimaen and Seibuen Amusement Park, said it will resume operations March 21st. While Legoland and the Dutch-themed resort Huis Ten Bosch will reopen on March 23rd with only outdoor attractions open for the time being.

After two weeks of anti-pandemic drills and contact-less service training, Shanghai Happy Valley opened to annual pass holders from March 17th to 19th and is now officially open to the public. Nearly 77% of the A-level tourist attractions have reopened according to the Shanghai Culture and Tourism Administration, however Shanghai Disneyland remains shut as part of the chain wide park closure. In addition to the park opening, construction work has resumed on Nickelodeon’s giant indoor theme park development at the Mall of China.