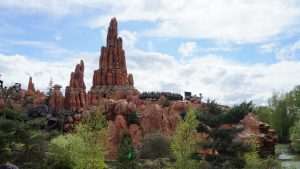 October 29, 2020 – Disneyland Paris is temporarily closing again as France enters a second nationwide lock down to curb a surge in coronavirus infections. The closure takes immediate effect and is “in line with the latest direction from the French authorities,” Disneyland Paris said in a statement.

The resort hopes to open for the holiday season and will be taking reservations from December 19 through January 3 based on prevailing conditions and government guidance at that time. The theme parks will be shut from January 4 through February 12.

France’s President Emmanuel Macron announced a new nationwide lock down on less than 24 hours earlier saying it will last until at least December 1st. Non-essential businesses, restaurants and bars will be closed starting Monday as the country battles a surge in coronavirus cases that hospitals warn could cause capacity issues.

The shutdown comes as another blow to Disney’s Parks, which suffered a $6.2 billion decline in revenue in the first half of the calendar year, compared to the same period in 2019. All 12 of its parks in North America, Asia and Europe were closed between March and May.

While Disney has since reopened theme parks in Shanghai and Florida, the Disneyland parks remain closed in California. The company said last month that it is laying off 28,000 people, or more than a quarter of workers in its parks and resorts business.