Another day another park in China.
This one was originally announced in 2012. They built the water park a few years back and then it all went quiet. But I stumbled across some park plans recently and checked it out on Google Earth and it seems construction on the actual Theme Park section is now underway.

First up the concept art from way back in 2012

Despite the woodie in the art its always worth noting its early concept art and rarely on point (Victory Kingdoms concept art with an Xcellerator clone and final park with a Golden Horse SLC springs to mind). Park technical plans however tend to be a bit more reliable so heres one of those from last year.

A (I assume) Golden Horse inverted coaster. Hopefully the Mk:2

So not a great line up but a Blue Fire clone is way better than the majority of independent(ish) parks (the owners also own the currently relocating Suzhou Amusement Land) out there. If I was going to hit a park on a park run I'd much prefer a Blue Fire to another Heibei Loop Screw
These rather creepy looking chaps outside the construction area gate seem pretty happy about it all anyway

Oh lovely, another SLC knock-off. I wonder how long it'll take until a Chinese company tries to build a Blue Fire clone...

Racing woodie got me interested for 2 seconds there. Shame. 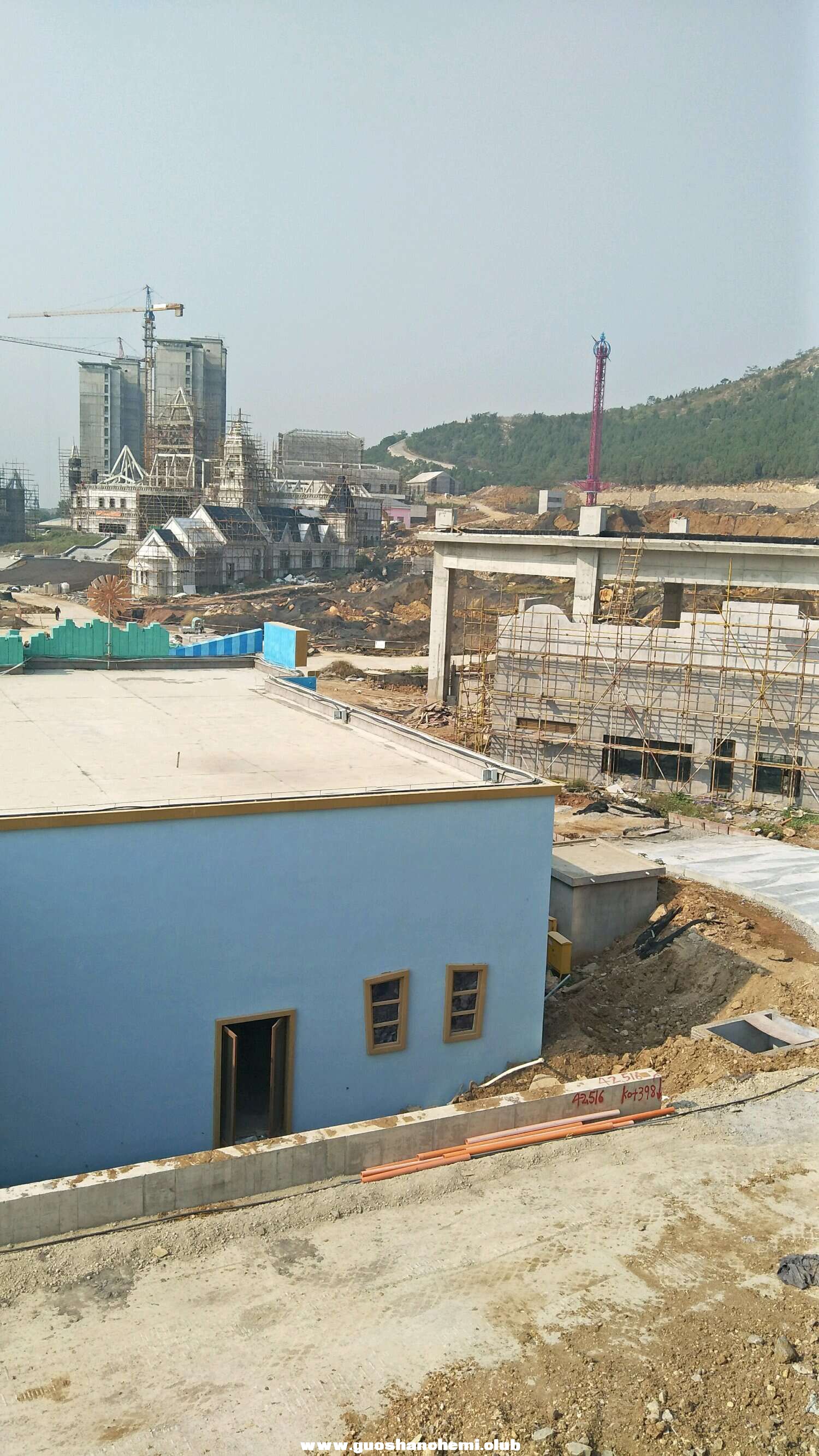 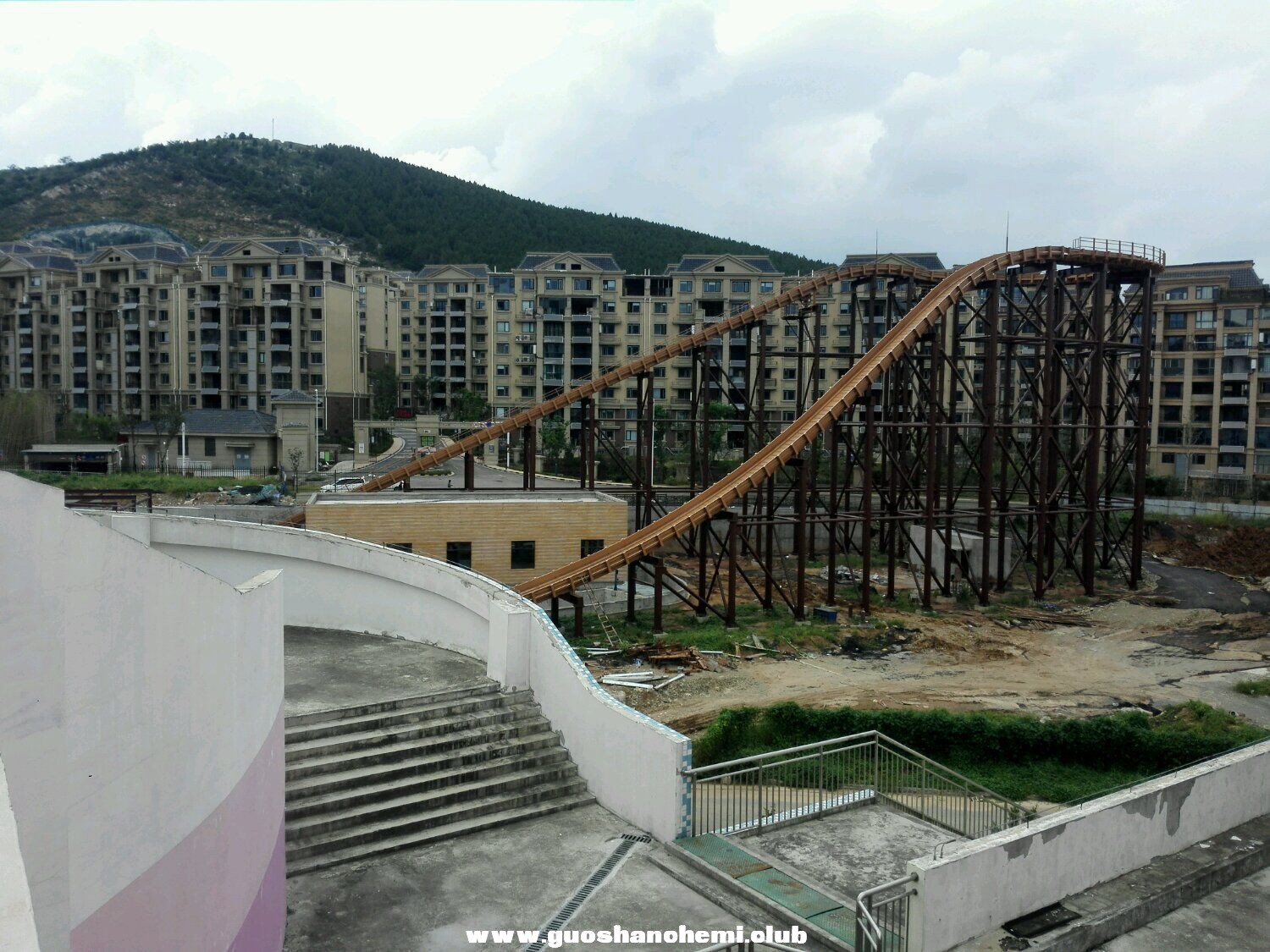 A few more construction shots found over at Roller Coaster Masters. Perhaps the main thing to note is the Golden Horse Mine Train is not the standard Vekoma layout we've seen before and is a new custom model. Nice to see them diversifying away from copied layouts more and more.

A Golden Horse ZXC-4D Spinning/Inverting coaster. Again a clone of the one thats popped up quite a lot this last year.

A small update as construction continues to plod along slowly. A new model Golden Horse SLC is going up along with a pretty standard set of flats now on site.

I'm more and more intrigued by the evolution of Golden Horse. Custom layouts, moving away from the old Arrow/Vekoma track and so on. We used to brush off and laugh at Chinese 'knock-off' manufacturers, myself included. Juding by Miyapa's mounted POVs the trackwork still noticeably rattles, but who knows how smooth these designed-in-China will be in like 5, 10 years?

An update from the park shows its moving on quite nicely.
The custom mine train and MK2 SLC from GH are clearly visible.
The footers for the Mack Blue fire appear to be going in and the station (with green roofing) can be seen back left of the first image.
The tilt is currently missing and i cant see any footers which suggest its going in. The small blue building right at the back left could be something to do with it though

An indeed the Mack Blue Fire clone is indeed finally going up. With Yellow Track and Orange supports, Making it a weird negative image version of the Golden Horse Mk:2 SLC at the front of the park.

An update showing some more of the construction of their new Mack Blue Fire clone.