New update from Tobi on PhantaFriends.de:
More track has been installed so 1000m have now been surprassed. To clarify the position of the inversion mentioned in the previous update it is not directly before the brakes but shortly before; there is a 180° curve between it and the brake run. Another new rail has been attached to a bit of track that passes by above this inversion.
And after the 1st launch a new track part has also been added.
Further supports are being erected with 3 already standing fully completed for track to be attached.
Tobi estimates a total of 1014m of track currently stands. Of course we do not know yet how long F.L.Y. is however if it were to only be slightly longer than Flying Dinosaur then around about 90% of track is installed.

Concrete is finally being poured on the final section of untouched ground in the area. This space (seen bottom right in the over the fence site pictures) had until now been used for the storage of supports, rebar and building materials.
Almost certainly these foundations will include a lot of footers (especially as both launches point in that direction) allowing for the completion of F.L.Y.'s layout. As seen in a post on the previous page the staff car park is now being used for storing supports. Given that the final coaster foundations are being worked on and that the park will need to clear and use that car park again I think there's a good possibility that F.L.Y.'s track might be finished before 1st April when the new season starts.

The room previously mentioned above the underground maintenance hall has formed into a whole building which is receiving a sloped roof.

EDIT: PhantaFriends user JoJoCo_0218 has found a EUIPO trademark for "Charles Lindbergh" the classifications would match a hotel however as the application is still under consideration there's no mention of Phantasialand on the page yet, so we cannot say for sure that its for Rookburgh's hotel. (Although I'd question what the chances are of anyone else in Germany secretly trademarking that name, lets be honest.)
https://euipo.europa.eu/eSearch/#details/trademarks/017981439
The name being used for the application has an address in Cologne (near the park) and interestingly also filed under that name is a trademark for "Uhrwerk" along with logo: 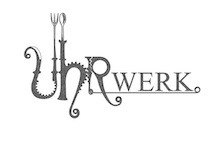 The trademark classification for an eatery and the knife and fork in the image it is undoubtedly for a restaurant.
It was filed the same day the new application for F.L.Y., with its logo, was (05.02.2019).
https://euipo.europa.eu/eSearch/#details/trademarks/018019385
The clockwork theme and imagery style would work with the steampunk theme.
Whether the restaurant is part of the area or hotel is unknown. However none of Hotel Ling Bao and Hotel Matamba's restaurants are separately trademarked so it would be a first if Lindbergh's was.
Meanwhile Rutmor's Taverne in Klugheim is trademarked.
Last edited: Mar 7, 2019

(Me looking for relevant photographs that would make Tobi's updates even slightly understandable)
Click to expand...

Blue is the new foundations being worked on the former storage ground.
Green is the underground maintenance shed which new supports and this new building have been built on top of.
Where the number 5 is marks the rough location of the new inversion.

Red circle marks the where the track going into the inversion is mounted.
This track near the end of the coaster dives into an underground tunnel in the middle of the site, comes up and out, then according to Tobi enters this new inversion, followed by a 180 curve into the brake run (just off to the right from the view in this image)

The big billboard infront of the wall in fantasy was removed, opening this area up again. Will be interesting to see if there are any new posters or something like it to advertise Rookburgh and FLY. You can somewhat see it in this picture, there still is some theming / painting work to be done at the bottom:

Been a while since a wall update... Images from phl_fan_pics on Instagram.

Another view at the large number of supports sitting in the staff car park. I've also seen a claim online that two Universal Rocks vans are also currently in the car park.

Glimpse at the Rookburgh sound barrier theming work from the car park bridge above the Berlin entrance. Definitely appears to be some large protruding structures or elements forming.
Work now seems to have moved along to the opposite side of the end of the Wuze Wall/the section facing Der Lustiger Papagei (the Zamperla Crazy Bus flat on the back of Maus) where completed red bricks, and in progress concrete layers can be seen.
Since the they've moved on presumably the large wall sections to the left not visible through this gap have been completed/are nearing completion.

Then on the next section of wall a lot framework (once again with gaps presumably for other protruding elements) has been built and black mesh applied - now ready for the first layer of concrete.

Final section so far untouched. Although its bound to be covered in scaffolding soon enough.

Not very exciting stuff but still progress in all aspects and parts of the construction site is good to see. Intrigued to see if we get any clearer looks or insights come the start of the season on 1st April (or if the park themselves actually gives us anything new).
Last edited: Mar 3, 2019

That amount of supports can only mean that there is still many more meters of track to be installed. I think it will defo crush the Flying Dragon record

VikingsAf said:
I think it will defo crush the Flying Dragon record
Click to expand...

Can't wait to see this finished though, I'm still secretly hoping for a late 2019 opening even though it won't happen </3

First thing to note the new inversion is marked in a light yellow, after this inversion now the track closely passes by the new building Tobi has previously mentioned (speculated to be a restaurant) and then dives into a tunnel (the dashed line).

With the foundations and footers in the bottom left square of empty space (which every unfinished track part points towards) soon to be completed; and that the staff car park will need to cleared of all those large supports being stored there before the start of the new season (1st April) it is extremely likely that the track will be finished within the next couple of weeks. Nothing is really in their way anymore.
Will be interesting to see what elements will come after each launch (for instance will there be a 3rd inversion?), especially as these ought to be the tallest points in the layout.

But what about the green? Pre-show?

Being facetious as your posts are so detailed, I couldn't help not pick out the one missing piece of information.
H

The Green Line is the small Lifthill

Kinda hoping for a pretzel loop so I don't have to wait for Orlando.

Right there with you buddy. That's all I want from this thing!

Since when has that stopped them?

Looking at that drawing, I'm not sure there's a lot of track left...
The way I see it C/D and E/F are quite easy to connect...

I'm not so sure about A and B, as it looks like it's being launched into quite a tight turn, so I expect some kind of element there for sure, though I'm not sure what, for instance this cobra roll

Isn't there a big, straight incline after the second launch? Wouldn't that rule this out already?

Well, I'd hope for it to be longer of course...

Just not sure it will be since it apparently just surpassed flying dinosaur's length...

I actually hope they don't put that in. No need for this attraction to be super intense. I think I'd prefer a nice floating experience for this ride, over some balls-to-the-wall intense coaster.

Pretzel Loops are the worst invention in the world. Ughh.

TBH I don't have the best overlook of the construction site right now but based on the photos I also tried to complete the layout and came up with this:

I agree its very likely Phantasialand is not implementing a Pretzel Loop due to it being quite controversial and many claiming it to be uncomfortable (I haven't experienced it yet). BUT it fits very good, almost perfectly between C and D so i could see it totally go there.