These new images are so exciting but also confusing, there's just so much going in to that space now. Looks like we're going to be getting some exciting pathways and crazy cross-overs considering the height difference between the two area entrances and the station.

This project has me completely and utterly baffled. And I love it.

Phantasialand love to do things in the most complex way possible, don't they? I reckon that this could potentially be one of the world's best themed areas when it opens in 2019, as what we've seen so far looks amazing!

I'm also quite intrigued to see what F.L.Y is actually like as a coaster, because Vekoma's newer rides look astounding, and they seem to have come on a long way since they sold the likes of the Flying Dutchman and the Stingray!

That photo makes the site look SO much bigger as well. It's fantastic.

Really curious to see if they squeeze a second attraction in there somewhere.

The works at the Rookburgh entrance in Berlin have started.

Are we going to get some information soon?

Tobi posted an update on Coasterfriends and Phantafriends after his visit today. He noticed three more of these black towers standing in line with those already assembled.

However, more interesting is that three more track parts were placed on the round ceiling of the building near the mouse Au Chocolat emergency exit.

After entering the small tunnel at the two houses with the chimney, it then goes on the access from Berlin in a curve towards Maus au Chocolat. The curve certainly evolves to a helix because there is no other way because of the buildings.
(picture below the footers which will form the helix)

New pictures were posted on Phantafriends two hours ago. Almost all connections between the pillars are mounted.

Oh for ****s sake. This again.
Who says other than Looopings, a site well known for loving to stir up and cause trouble, that this has anything to do with PHL? Europa have been advertising as the Best Theme Park Worldwide for years so that others use their awards in marketing is not surprising. If anything given how both have similar visitor numbers and are trying to attract a wider international audience EP is more of a threat/rival to Efteling. Please stop posting this irrelevant rubbish.

You have completely missed the point made when you first brought this up. There is no proof of this. Why/how could PHL tell Efteling not to market using their previous award. The park managements and staff have a well established and documented friendly relationship. Which makes it seem unlikely that they have previously threatened to sue them. That would normally leave a very sour taste...
If PHL did threaten Efteling successfully why haven't they done the same to Europa who have been marketing their best theme award worldwide for years?

The more likely story, especially given their history of doing so, is that this is a fabrication/twisting of the truth by Looopings.
Advertising awards is a normal PR thing done by businesses all around the world. Nothing to with getting back at another park.

Brian said:
If you want to insult me, send me a privat message. This has nothing to do with phl. I dont know why you and Kenny are always so annoying compared to the rest. Maybe you are on your period.
Click to expand...

All I've been doing is trying to get you to understand that this awards discussion is pointless as it has nothing to do with PHL (or F.L.Y. which is the topic of this thread after all...) and does not come from a reliable or trustworthy source so unless there is reliable evidence there is no need to go on and on and on about it...

No, Ethan is mature....
What do you even mean with reliable source? You see can see that it happend/happens. It's a fact. It has nothing to do from where this article is from. If I read in de Newspapers that Germany is out of the WC and I saw it on TV, than it's just a fact. But If I only read it in the localnewspaper than it's unreliable. Yeah right... Talk about this thread instead of trying to annoy me.
Click to expand...

...anyone heard any rumours F.L.Y.ing about when we might get some more marketing from the park?

Brian, I'm talking about PHL having allegedly threatened Efteling in the past over awards marketing and that Efteling have now started advertising their award to get back at PHL - claims from Looopings who are not a reliable source, and that just really don't make any rational sense given that these parks have a good working relationship. Please read my posts properly as you are seeming to have trouble understanding what I'm clearly stating.


JoshC. said:
...anyone heard any rumours F.L.Y.ing about when we might get some more marketing from the park?
Click to expand...

haha. No there hasn't been. They started their regular construction update blog posts and videos about Klugheim in August 2015 in the run up to the June 2016 opening. So maybe in August, near the end of the summer, we will start to see some Rookburgh stuff?

Phantasiastisch said:
The works at the Rookburgh entrance in Berlin have started.

Are we going to get some information soon?

For the past couple weeks there has been a lot of work going on inside the tunnel and now on the front and on top of the Rookburgh gate in the Berliner Street. People have been questioning though why did they not leave finishing the gate until the next off-season? Will they present to us the finished gate with a new teaser or preview centre inside?
Can't imagine they will want construction work and scaffolding on the street during the busy summer holidays (NRW holidays start 16th July) so they must be finishing work there soon.

Also on PhantaFriends.de after some discussion about the purpose of the large towers next to Wuze Town (most likely just theming and part of the sound proof wall). Based off the existing footers visible (marked in red) PhantaFriends user PHLMarcus has predicted how F.L.Y. will interact/fly through part of the structure. 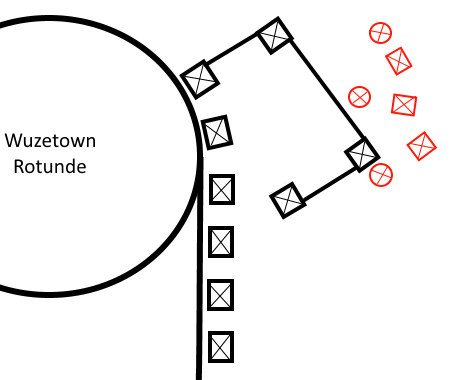 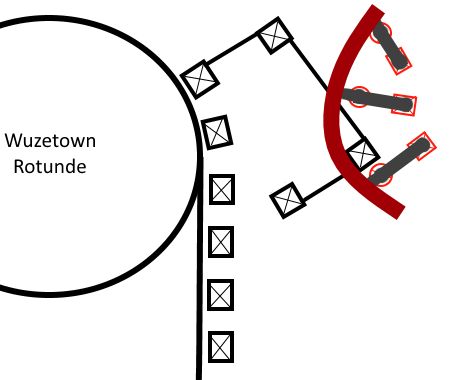 JoshC. said:
...anyone heard any rumours F.L.Y.ing about when we might get some more marketing from the park?
Click to expand...

I think we will see some videos or marketing when there is something to see, the first build update from Klugheim it allready looked impressive. But the building proces goes at this moment pretty fast so lets hope the park shares something quikly

If a mod would like to PM me on why my last post has vanished, that would be nice. As for when we'll start to see videos from PHL, I'd imagine after summer, but who knows.

Brian said:
Indirectly it is. Watching the history. Initiating a lawsuit, but afterwards they are doing the same thing.
Click to expand...

There hasn't been a "history"... I think you don't understand that they are referring to the article from the past about PHL suing Efteling being fake.
As far as I know this story is fake indeed as Efteling and Phantasialand have been "working together" for a long time already (sharing ideas and recommendations)
Also @Brian why don't you understand that we need to stay on topic? This is not a PHL discussion, but a F. L. Y discussion. The more I'm thinking the more I'm starting to believe you're just a Loopings 'journalist'.

VikingsAf said:
The more I'm thinking the more I'm starting to believe you're just a Loopings 'journalist'.
Click to expand...

Hahaha nope, I am not. I am just someone who knows almost everything about rollercoasters, and I get so every now and then some inside information.
P

Brian said:
Hahaha nope, I am not. I am just someone who knows almost everything about rollercoasters, and I get so every now and then some inside information.
Click to expand...

You're just a troll compensating his complexes, so simple is this.
Hope no one will further feed you....

Does anyone know how many inversions we can expect here? It’s similar to the build up of Klugheim where we’ve no official layout to work with.

Jared said:
Does anyone know how many inversions we can expect here? It’s similar to the build up of Klugheim where we’ve no official layout to work with.
Click to expand...

Well we have the existing Zero G roll. And based off the shape of the launch track parts and the supports already installed for we can tell it will be an Immelmann.
So at least 2 so far.
But since this will be the longest flyer and we have only seen part of the layout I would say it is extremely likely that there will be more.
Last edited: Jul 2, 2018
You must log in or register to reply here.
Share:
Facebook Twitter Reddit Pinterest Tumblr WhatsApp Email Share Link
Menu
Log in
Register
Top